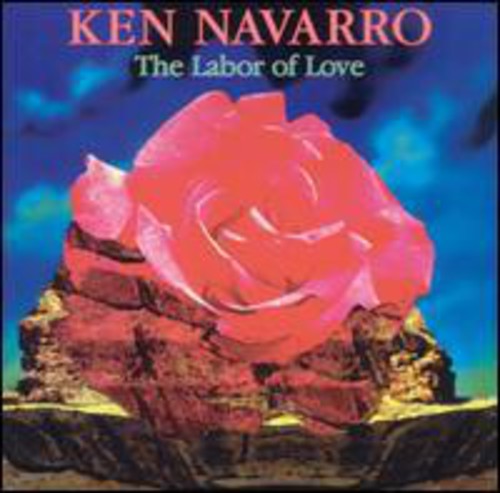 Ken Navarro is recognized as one of today's leading Contemporary Jazz guitarists. His impressive discography of top charting albums on Positive Music Records showcase his appeal to a wide range of listeners with inspiring compositions and superb guitar performances. Ken Navarro's album, 'Old Friends - The Best of Ken Navarro' was released on June 5, 2001. It contains 13 remastered classics plus two new recordings for a total of 15 songs and 72 minutes of Ken's best music! His 2000 CD release 'Island Life' scored two hits at smooth jazz radio including 'Delicioso' as well as the title track keeping the CD on the airwaves for a solid 52 weeks! 1999's 'In My Wildest Dreams' continues to be one of Ken's top sellers and 1998's live CD & Video 'Ablaze in Orlando' won the Smooth Jazz Oasis Award for best video of 1998 and has been acclaimed as one of the best live jazz CDs of the decade. 'Smooth Sensation, released in 1997, was in the Top 10 of Radio & Records' Smooth Jazz chart for 12 weeks, helping to make the CD the #17 Smooth Jazz album of 1997! Other recent releases from Ken Navarro include his 1996 album, When Night Calls, featuring Eric Marienthal on saxophone, and Christmas Cheer, a holiday album of contemporary jazz guitar and acoustic piano duets. Ken's 1995 album, Brighter Days, was voted the #9 album of the year by Smooth Jazz radio. Brighter Days heralded a bold step forward for Ken, bringing to the forefront the strong R & B elements that have always been a part of his music, and enlisting a powerhouse of support from featured solo artists including former Rippingtons sax man Brandon Fields. Brighter Days reached the national radio top 5 and held a position in the top 20 for six months in 1995. His 1991 release, After Dark, was selected for screening by the 1991 GRAMMY nominating committee. His successive albums, The Labor of Love (1992), I Can't Complain (1993), and Pride and Joy (1994), all reached the top 5 in national radio, firmly establishing Ken Navarro as a mainstay on Smooth Jazz radio playlists. Ken began his recording career in Los Angeles as a premier session guitarist, performer and composer, performing and recording with artists as diverse as Doc Severinsen, Nell Carter, John Pattitucci and Dave Koz. In 1990, Ken established his own musical identity with the release of his debut album, The River Flows. With each successive album, Ken has received increasing acclaim and recognition as a leading stylist in Contemporary Jazz. Ken maintains an active schedule of concert appearances as part of his quartet, the Ken Navarro Group. Highlights of his tour schedule have included appearances at the World Trade Center in New York, the Carter Barron Amphitheater in Washington, D.C., Merriweather Post Pavillion in MD, Jacksonville Jazz Fest, Clearwater Jazz Holiday, the Pleasure Island Jazz Fest, the Venetian Festival, the Winter Park Arts Festival, and concerts where the group shared the stage with artists such as Eric Marienthal, The Rippingtons, Joe Sample, Jean Luc Ponty, Stanley Clarke/Larry Carlton, George Howard, Bela Fleck and the Flecktones, Fattburger, Marion Meadows, Keiko Matsui, Slim Man, Nelson Rangell, David Benoit, Alex Bugnon, Boney James and many others. Ken's contribution to Contemporary and Mainstream Jazz goes beyond his personal artistry. As founder of Positive Music Records, Ken is responsible for launching and furthering the recording careers of saxophonist Brandon Fields and guitarist Grant Geissman. Ken handles all of the A&R for Positive Music and is actively involved as a producer on many of the label's albums. Ken's vision of a musician's record label has enhanced the genre with over 35 new artists and over sixty releases in ten short years.
Prices on WaterlooRecords.com do not reflect the prices in our retail store location.
"In Stock" on WaterlooRecords.com does not reflect 'in stock' at our retail location, however it means we have quick order fulfillment (generally 2-3 business days).
This website uses cookies to personalize content and analyse traffic in order to offer you a better experience.
I accept Learn More
back to top