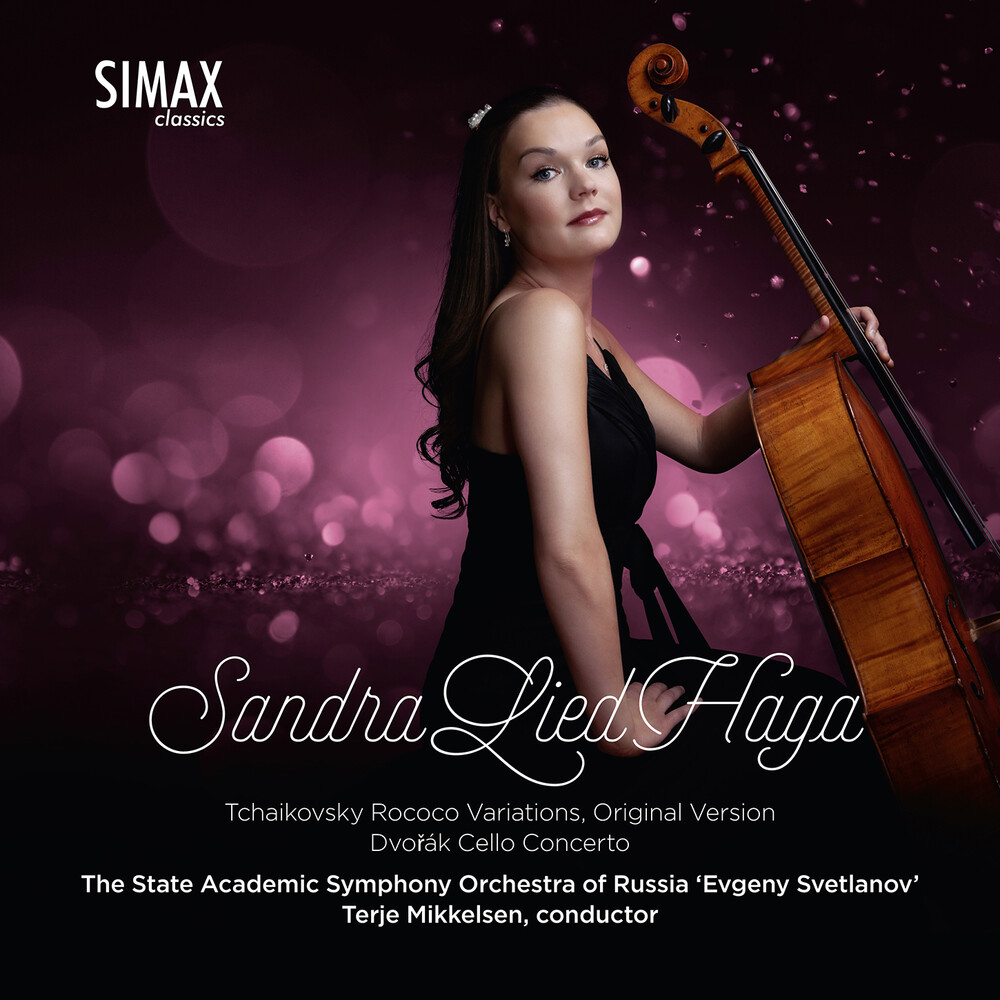 Sandra Lied Haga's album debut with Tchaikovsky and Dvorák is recorded in the Great Hall of Moscow Conservatory. Supported by the State Academic Symphony Orchestra of Russia 'Evgeny Svetlanov' and conductor Terje Mikkelsen, Sandra Lied Haga emerges as one of the strongest musical voices in recent years. The two most iconic romantic works for cello and orchestra are united by Sandra for her debut album. For Tchaikovsky's famous Rococo Variations, it was a matter of course for Sandra to record the composer's original version of the piece, which was revived as late as 1941. Dvorák's Cello Concerto was one of the few pieces the composer wrote while staying in New York, clearly showing the composer longing for his homeland in the thematic material. Sandra Lied Haga is a daring and deeply involved performer in these masterworks, with both sparklingly virtuosic passagework and a unique singing tone as part of her musical DNA. Sandra's rich, beautiful sound and prodigious talent has already caught attention internationally by protagonists like Daniel Barenboim and Anne-Sophie Mutter. She regularly plays chamber music concerts together with Mutter and the scholars in Anne-Sophie Mutter Foundation and Mutter's Virtuosi. Sandra has participated at festivals including the Salzburg Festspiele, Sommets Musicaux de Gstaad, Utrecht Festival, Bergen International Festival and Verbier Festival, with music partners including Janine Jansen, Yo-Yo Ma, Paul Lewis and Leif Ove Andsnes.