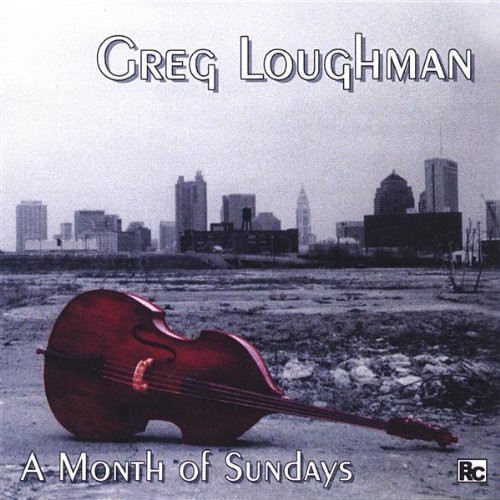 'Greg Loughman is a fine bassist and composer. He is fluent in Latin idioms...he not only has the rhythms down cold, but he can write sparkling original compositions that effectively blend those rhythms with a strong jazz sensibility. His bass tone is warm and woody...[and he provide[s] virtuosic playing in service to the fundamental groove of each tune. Run out and by this CD... you won't regret it.' -David Horgan, Lively Times 'Bassist Greg Loughman's debut is a charming and sultry sojourn into Latin jazz. From Eric 'The Fish' Paton's first timbale riffs on 'Descarga' to Kris Keith's florid flute solo on the albums closer, 'Khadsin,' you're transported back to the world of Getz-meets-Jobim and sangria...This is Greg's baby, he wrote all the tunes, but his playing is supremely unselfish-- not once do you stop and think, 'Oh, this is the bass player's album,' ...if you're looking to relax to a well-crafted Latin-jazz album, this is definitely worth checking out.' -Don Zulaica, jazz critic, Alternate Music Press 'Infectious latin grooves and hard hitting, melodic jazz combine to make this CD both intellectually engaging and emotionally satisfying...this recording is a good example of the emotional range possible within latin music: by exploring lesser known latin grooves such as the rumba yambu and danzon as well as mambos and cha-chas, A Month of Sundays runs the gamut from introspective to irresistibly danceable. If Blue Note had had a studio in Havana in 1965, it would have been producing albums like this one.' -Brad Edwards, jazz program director, Yellowstone Public Radio 'If ever there was a CD to make you crave burritos, fried plantains, and some rice and beans, it's bassist Greg Loughman's release A Month Of Sundays... (Loughman's) tone is thick and rich like a Betty Crocker dessert... The beat could make you believe Tito Puente's spirit is haunting their drippy faucet.' -Arvin Donner, Columbus Alive.
Prices on WaterlooRecords.com do not reflect the prices in our retail store location.
"In Stock" on WaterlooRecords.com does not reflect 'in stock' at our retail location, however it means we have quick order fulfillment (generally 2-3 business days).
This website uses cookies to personalize content and analyse traffic in order to offer you a better experience.
I accept Learn More
back to top