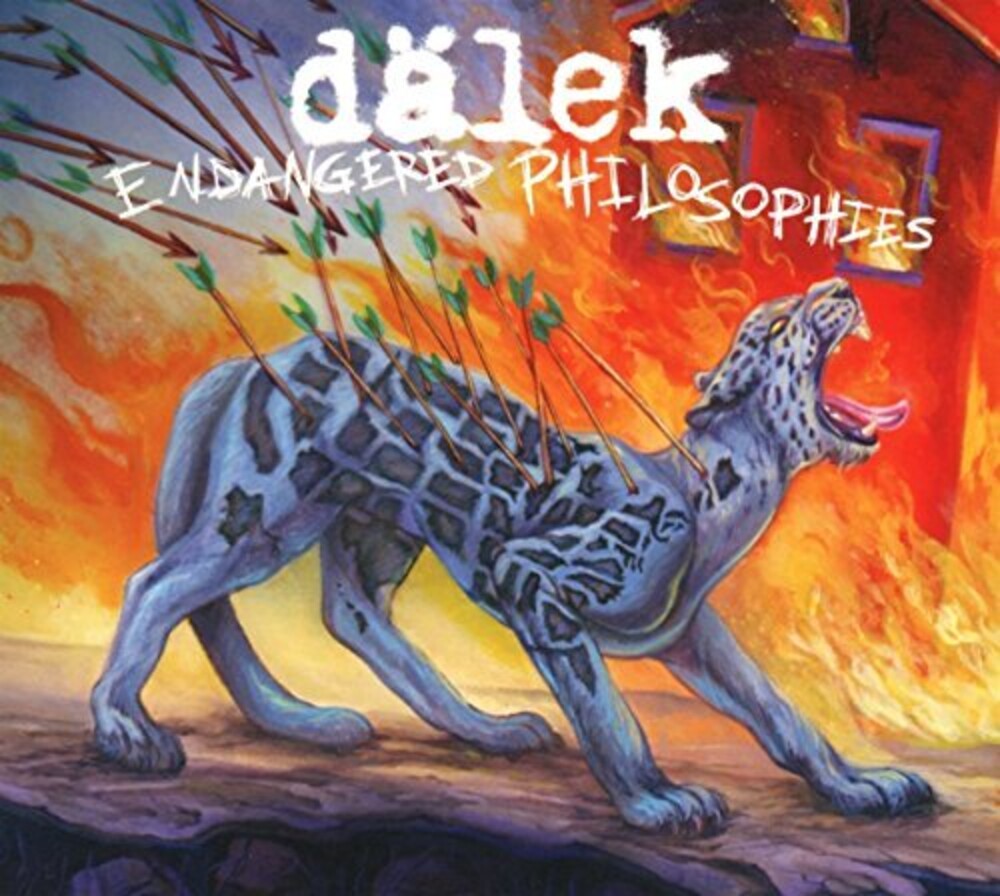 Before Def Jux, before Death Grips, before Yeezus, there was DĂ¤lek" (Noisey). Pioneers of alt hip-hop, DĂ¤lek (pronounced "die-a-lek") features rapper/producer MC DĂ¤lek, producer/live electronics Mike Manteca, and turntabilist DJ Rek. With roots in the mid-'90s DIY scene, DĂ¤lek has been delivering groundbreaking albums for over 20 years. They have enraptured fans and critics across all genres, garnering fans and earning accolades from the hip-hop, electronic, indie, metal, shoegaze, jazz and experimental communities After releasing seven studio albums, numerous collaborations, EPs, and remixes, they continue to push boundaries with each release. "Endangered Philosophies is DĂ¤lek's signature sound pushed in new directions. Re-sculpted to say all that needs to be said today. It is no one element, but rather an amalgamation of the lyrics, sonics, drums, noise, melody, bass, and turntableism," explains MC DĂ¤lek of their newest work. "Endangered Philosophies is a very introspective record about very external forces. This isn't about one listen... it's about your evolving perception when you immerse yourself in the layers of sound and words. Endangered Philosophies is a record about the right now and yet will resonate differently each time it is listened to, in a word... timeless.
Prices on WaterlooRecords.com do not reflect the prices in our retail store location.
"In Stock" on WaterlooRecords.com does not reflect 'in stock' at our retail location, however it means we have quick order fulfillment (generally 2-3 business days).
This website uses cookies to personalize content and analyse traffic in order to offer you a better experience.
I accept Learn More
back to top