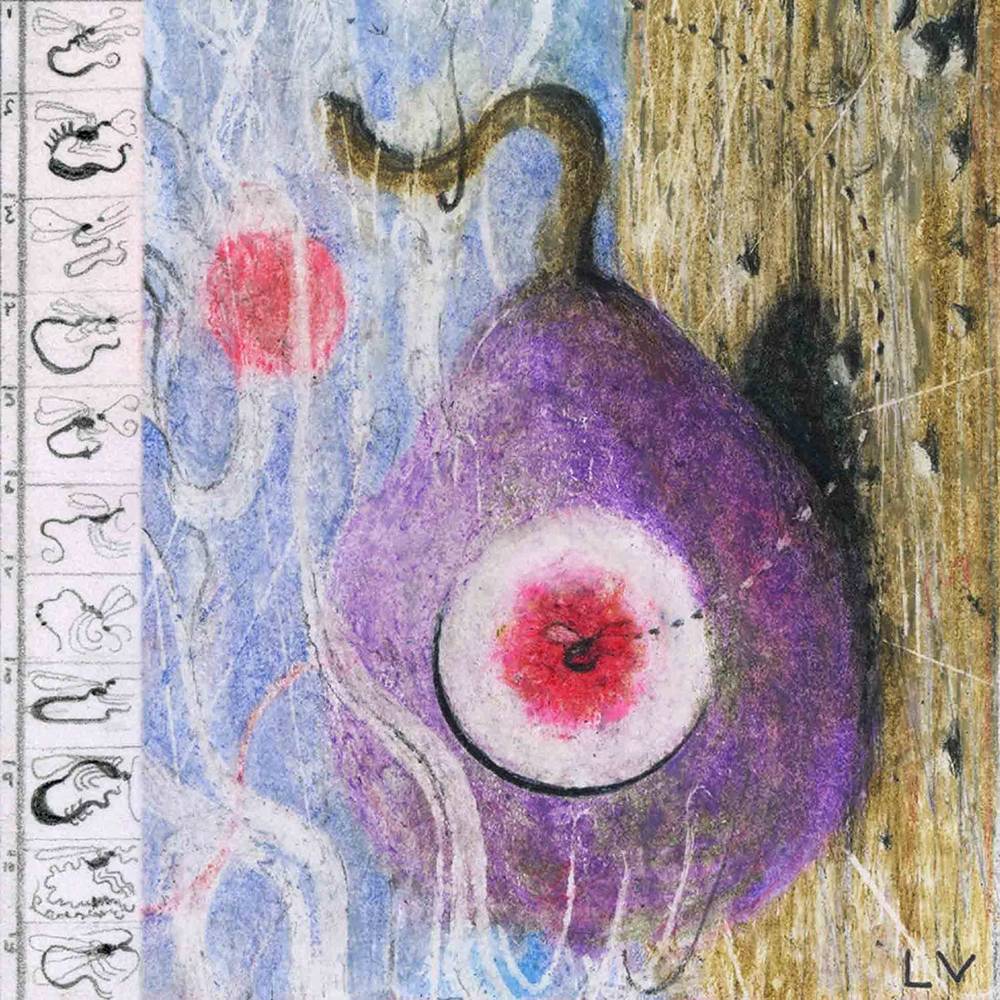 Repasky and Geeslin met in the eighth grade and began exchanging musical efforts almost immediately, but that blessed autonomy of first cars meant they could conquer Atlanta's sprawling suburbs and play to their adolescent hearts' desire. The pair forged a cluster of demos - just enough to fill a set - and took to as many stages as Atlanta could offer them. Local momentum building, they added classmates Matteo DeLurgio on synth and Connor Dowd on drums to sonically match their songs' increasingly rambunctious spirit. Upon high school's end, Lunar Vacation released a pair of well-received EPs, Swell and Artificial Flavors, and landed support runs for the likes of Remo Drive, Sidney Gish, and SALES. The band nabbed infatuated fans across the US while racking up millions of streams on their independently released music. In more than one sense, Lunar Vacation had graduated. Back in Atlanta, Geeslin was working in a record store (Criminal Records) when Daniel Gleason of the band Grouplove came in. Following a quick connection and hours of conversation, the members of Lunar Vacation felt Gleason could be one to color in the sound they'd been honing live - melodious guitars swirling atop propulsive, often psychedelic rhythm - and capture it in the studio. The band recorded "Unlucky" with Gleason and released it in early 2020, the song drawing attention as "swoon-worthy" from The FADER, "shimmering... wistful, sun-kissed indie-pop" from American Songwriter, and "equal parts Mac DeMarco and Snail Mail" from Paste Magazine. Lunar Vacation continued recording with Gleason in the producer's chair. The band released the first song of the batch in June 2021. "Shrug" garnered praise from the likes of Paste, Brooklyn Vegan, Stereogum, Under The Radar, and NYLON who called it "a jangly guitar song with a very shoutable chorus." Songwriter Repasky shared, "I look back now and realize that this song was a pivotal moment in delving into self-identity and ultimately identifying as a non-binary person." The melody is buoyant though agitated, it's guitars warbling like question marks and lyrics ringing distinctly relatable. Lines like This isn't how I want to be / I didn't know I could care that much and Invited but I'll never show / Sit at home playing too much Wilco cut into a listener's mind and vibrate there, like thoughts of one's own. There's a carefree sense of triumph in Repasky's refrain: Why don't you just shrug it off? Lunar Vacation will release their highly anticipated debut album 'Inside Every Fig Is A Dead Wasp' October 29 on Keeled Scales. Throughout the album, this band boasts a celebratory sound, a reckless sense of ecstasy specific to fluid youth and rock solid friendship. In spite of life's bits that inspire these songs - some darker than others - Repasky, Geeslin, DeLurgio, and Dowd reliably find the light in the thing. Drawing from early influences like Rilo Kiley and Tame Impala, and landing a little closer to contemporary favorites like Alvvays and Slow Pulp, Lunar Vacation make bright music replete with bliss. Repasky suggested the band name Lunar Vacation to Geeslin at a show, leaning over at a loud moment to say it. It's easy to imagine others finding out about the band in this same way.