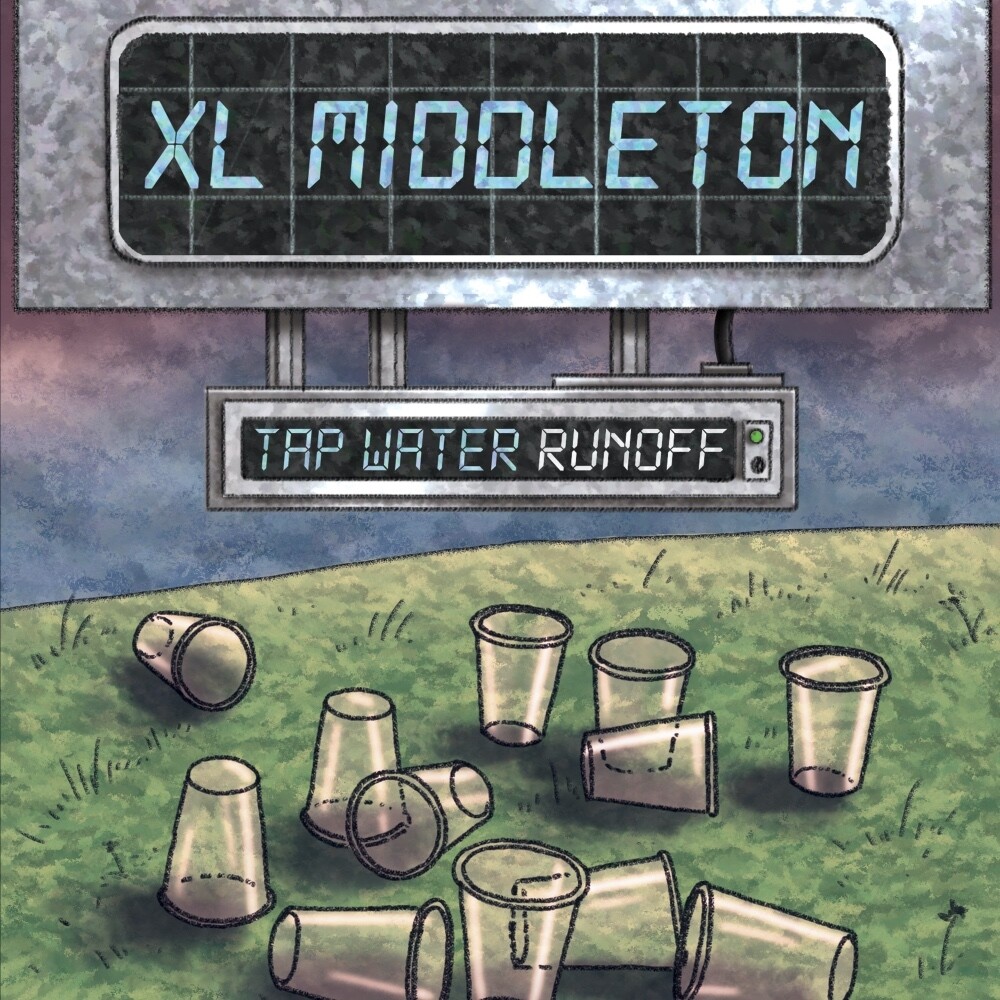 Originally released in 2016, XL Middleton's "Tap Water Runoff" was first issued as a limited-run cassette of cuts that were intended for his 2015 "Tap Water" album but not included in the final run. After many requests from fans of the tape, "Tap Water Runoff" is finally being released on vinyl - A limited run of just 300 copies, just in time for the 5-year anniversary of the release of "Tap Water." Included are the original 6 tracks from "Tap Water Runoff" plus 2 bonus songs from the same time period that haven't been previously released. Some are instrumental, some vocal, and all are laden with XL's melodic, bass-heavy synthesizer funk. It is a funk that draws from the same wells of inspiration as "Tap Water" - uptempo 80's boogie and sizzlingly slow 90's g-funk, united and distilled into Middleton's signature future-retro bounce. "Back 2 Tha Slapp!" feels all-too-ready for a verse from Snoop circa "The Last Meal," while "Tap Water," the title cut that didn't make it to it's namesake album, feels like it's been culled directly from the vaults of George Clinton and Bernie Worrell. "This Funk Ain't No Phase" gives a strong nod to the gutter Ohio funk of Roger Troutman. Yet, for all of it's apparent reverence to it's own influences, "Tap Water Runoff" is yet another reminder that modern funk is just that - cutting edge and always ready to bellow a definitive "yes" to the age old question - "Is this the future?"