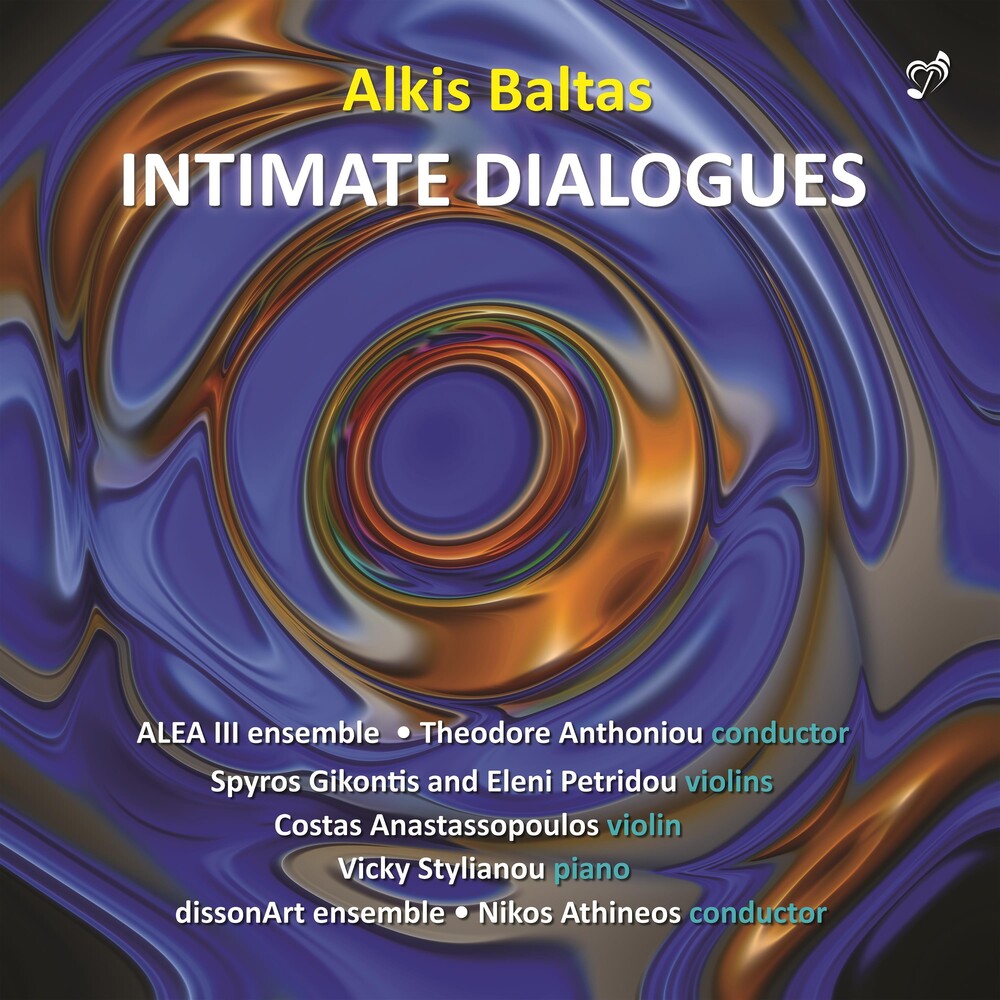 This album includes five works. In sophisticated "Suite" for piano, newer techniques, such as 12-tone elements and clusters, are combined with some traditional forms, such as those of canon and fugato. For the composition "Vision" extracts of melodies of Hildegard von Bingen were used, which composer processed in the computer in such a way to not be identified, and he mixed them with sounds of the wind, waves, and others. The sources of inspiration of the pieces of music which constitute the work "Greek Dialogues" are five very well-known dialogues which are connected inherently with Greek history and civilization. The work "Echoes", with the subtitle of the work "Memories from Our Folk Music", explains the intention of the composer not to create a composition with folklore character, but a modern work with distant rhythmic and melodic references to Greek folk music. These references are so short and fleeting that sometimes they are barely acknowledged. The "Unknown Island" is, according to the composer, a lonely place which no one else knows, except for ourselves, and where our thought and imagination take shelter to live in dreams or what it cannot-or consciously avoids to-meet in real life. There are no pretenses, inhibitions, or compromises there, only the truth of our self. These wonderful works are performed by ALEA III ensemble under the direction of Theodore Antoniou, dissonArt ensemble under the direction of Nikos Athineos, Vicky Stylianou, Costas Anastassopoulos and violin duo, which consist of Spyros Gikontis and Eleni Petridou.