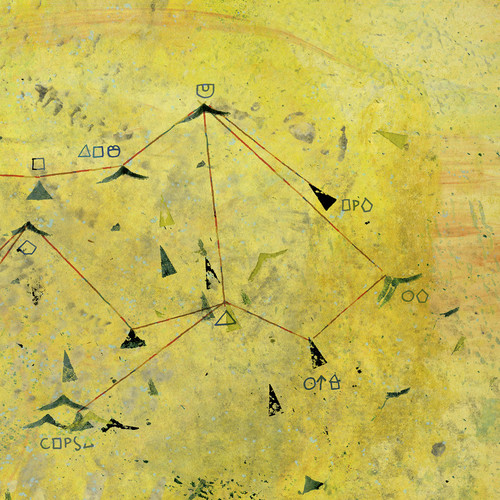 The Besnard Lakes return with The Golden Lion 12" - three brand new tracks as a precursor to a new album due in 2016. Make no mistake: these are three tracks of The Besnard Lakes at their most glorious, anthemic, psychedelic best.

In late 2014, The Besnard Lakes hit the road with a brand new line up; retaining the core of husband and wife team Jace Lasek and Olga Goreas, plus longterm drummer Kevin Laing, they expanded to a five piece adding Sheena Ko (of the High Dials and USA out of Vietnam) plus Robbie Macarthur (also of the High Dials) on synths and guitar respectively. A total rejuvenation of the band, these were some of the most downright glorious and visceral shows The Besnard Lakes had played to date, blowing the roof off venue after venue with an enviable catalogue of anthems. As soon as they were back from tour, Lasek and Goreas hunkered down to write some of the most definitive Besnard Lakes songs to date.

The Golden Lion, taken from the forthcoming album, is a perfect distillment of everything that is great about the band. A kaleidoscopic Beatles-esque verse gives way to one of the most glorious Besnard Lakes choruses yet delivered, a true classic in the making. B-sides The Motorway and In the Forest are exclusive to this 12 and are prime slices of hazy psychedelia.