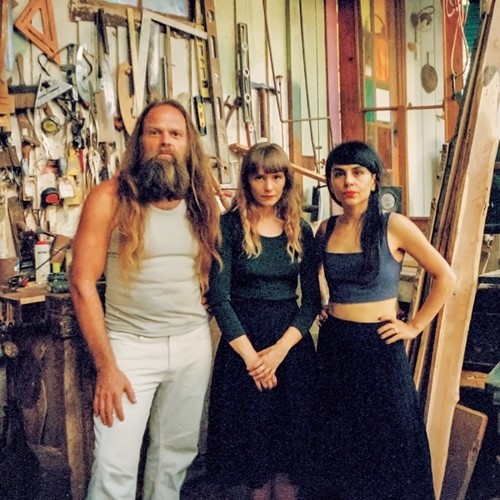 2017 release. The Subversive Nature of Kindness is the sophomore effort from Thor & Friends, the avant-chamber ensemble formed by it's namesake, polymath percussionist Thor Harris. The album was recorded in Albuquerque, New Mexico, produced by Jeremy Barnes from A Hawk & A Hacksaw and engineered by Barnes and Deerhoof's John Dietrich. It is hoped that the melodic meditations offered up will ease some of the terror of living in these uncertain times. The three primary members of the band are Peggy Ghorbani on marimba, Sarah "Goat" Gautier on marimba, vibraphone, xylophone, organ, voice, mellotron and piano, and Harris on sundry percussion and wind instruments, including some of his own devising. The band has toured extensively over the past year and have performed live with many guest musicians. All these players have influenced the way the group hears it's music and this had a significant impact on this new album. On this recording voice plays a more prominent role with the core trio being joined by several guest singers who provide wordless vocals: Stine Janvin Motland, an opera singer from Oslo, Norway; Michael Gira from Swans; Enrique Soriah, a throat singer from Oregon. It features more fully developed string arrangements by Barnes and Heather Trost. There are also contributions from similarly adventurous musicians including Jhno Delicateer on Armenian Duduk, violin improvisationist Aisha Burn, and Adam Torres, who provides finger-picked guitar.