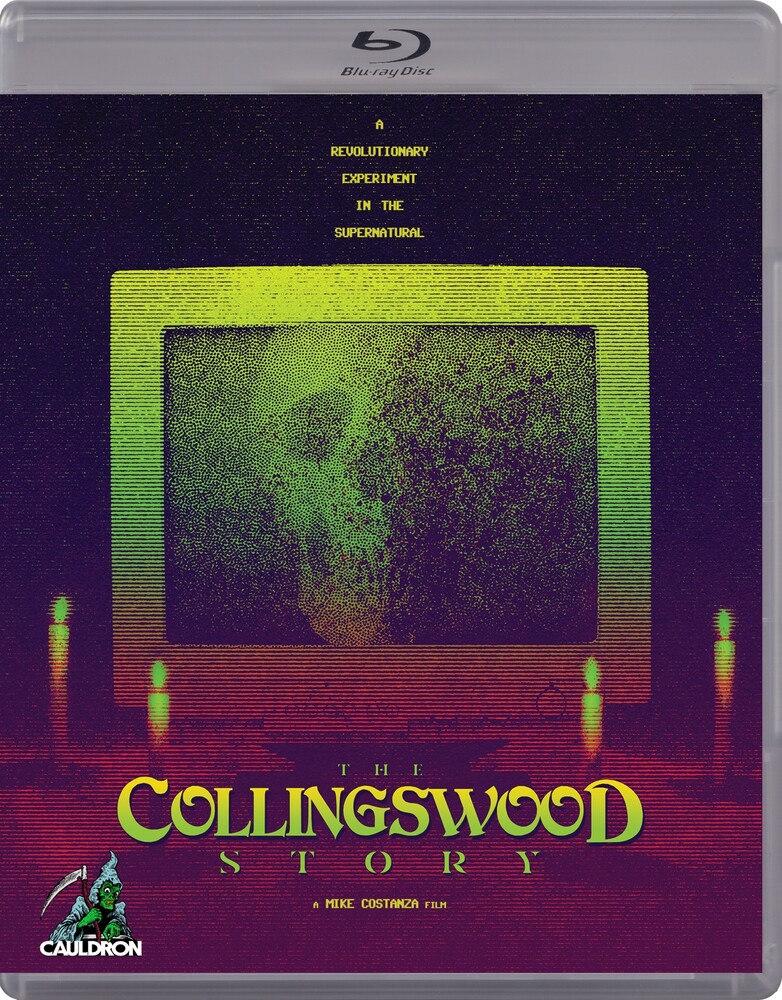 When Rebecca went away to college, her boyfriend John thought video chatting would help them stay in touch. But idle curiosity leads to a dark secret when Rebecca and John video chat with Vera Madeline, an online psychic, who initiates a deadly reign of terror over their lives. The Collingswood Story is an innovative and acclaimed micro budget horror film by writer/director Mike Costanza. It's the first found footage film to be viewed through webcams, which helped pave the way for future hits such as Host, Paranormal Activity, and Unfriended. It's macabre tale of murder, ritual, and mystery is told through an immersive interface where each character uses a cam for their own voyeuristic purposes - to communicate, to investigate, and to victimize - ultimately becoming witness to a shocking and disturbing finish! Cauldron Films is proud to present the worldwide Blu-ray debut of The Collingswood Story - the innovative and creepy supernatural found footage horror film, newly remastered from the original source tapes by writer/director Mike Costanza!