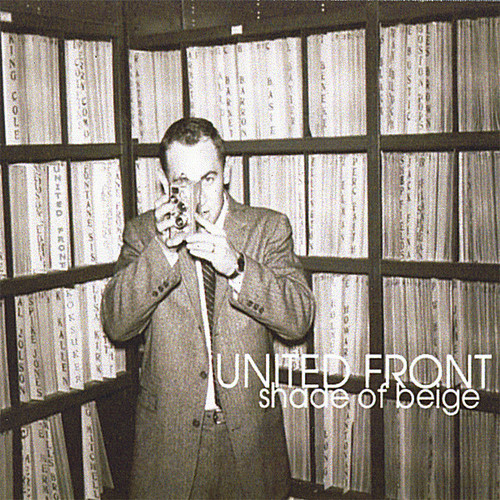 United Front is a six-piece band from Nashville TN whose style ranges from acid funk to swamp pop and crash lands into their own brand of face-melting space twang. They write, engineer, and produce their own recordings out of home sound shops. Some songs are pieced together and passed around like a loose prom date until completion. Other tunes are cut with a feel as if United Front is actually there in your house drinking all of your beer. Their lyrics can travel down the rabbit hole into surrealism or have the ability to be thoughtful and anthemic. Think Tom Waits having brunch with Harry Nilsson while Prince is in the restaurant bathroom shoving his finger down his throat. Maybe? Whatever.... The members of United Front have a unique musical kinship that has kept them making music together for the past five years. Each person has the ability to play several instruments well. They sometimes perform songs while each musician rotates instruments without stopping. The band has played to enthusiastic crowds all over the Southeast and Midwest. Their live show is full of kinetic energy that leaves audience members sweating and pointing to the stage in disbelief. United Front has also played bills with acts as diverse as Vanilla Ice to Nashville Pussy. The vocal duties in the band switch mainly between Zack Wilson, Darren Tidwell, and Chet Roberts. Zack has been writing and recording songs since he was 11 years old on a reel-to reel four track. He is self-taught and has been playing in bands as a singer, bass player or drummer ever since. Chet Roberts is also a self-taught virtuoso on guitar and vocals. He has been writing since his time as a teenager playing in garage bands. His ear for sonic perfection has led him to also be an engineer on Music Row. Darren was schooled in drums and percussion at the prestigious Nashville Jazz Workshop. His father is an acclaimed jazz trumpeter (Paul McCartney & J.J. Cale) and his mother is a renowned session vocalist. (She even sings back up on "God Bless The USA".) Guitarist/ Blues Shaman Pete Cummings began his career in the mid 70's playing with Elvis Presley and Tanya Tucker. He was a prodigy at guitar by the time he hit 10 years old. Most recently you can hear his work outside of United Front on records by Silver Jews, Charlie Louvin, and Bill Miller. The rhythm section is held down by drummer Brad Cummings and bass player James Grau. Brad started playing at eight years old. His strength at such a young age propelled him into session and road work right out of high school. James learned bass by ear at a very early age and was able to master a deep sticky style that made him stand out immediately. He has recently recorded with Munich, Germany based funk artists, Poets of Rhythm.