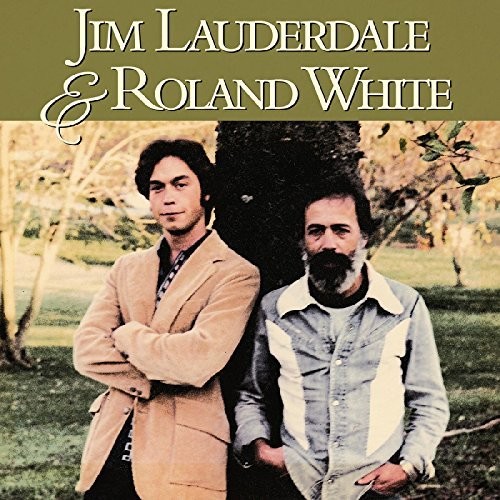 In the summer of 1979 Jim Lauderdale made a pilgrimage to Nashville from North Carolina with two goals: to work with and befriend Roland White and George Jones, and to make a mark on the respective worlds of bluegrass and country music. While Lauderdale puts it down to luck, it was more likely fate that brought he and White together. The result of their friendship was, of course, a Bluegrass record, created with a myriad of talented musicians in the basement of Earl and Louise Scruggs' home. Despite it's seemingly natural beginnings, the record initially struggled to attract a formal record deal, and was ultimately left unreleased. Years later, Roland White's wife discovered the a reel to reel of a rough mix in the bottom of a box. And thus, Jim Lauderdale and Roland White was born again. Jim Lauderdale's first record, once lost in time, again discovered.