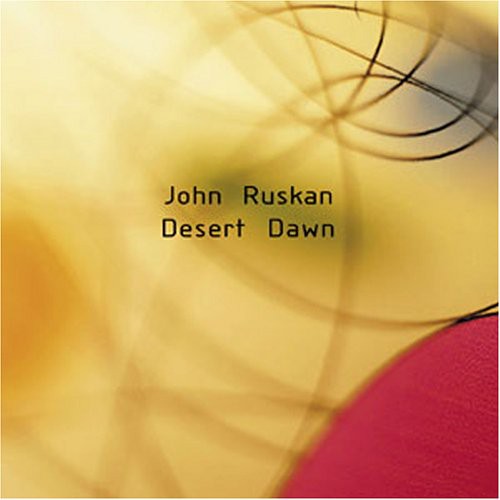 John Ruskan: Downtempo electronic artist. John has taken part in progressive pop music since the eighties, working then in the new wave art-rock genre. Based in New York City, he released records on his indie label, 22 Records, which did well on national college radio. He was the owner of a budget 16-track pro recording studio on 22nd street, Crossfire Recording, where a multitude of indie projects were realized in the vibrant artistic environment of that decade. John has always been interested in the cutting edge, so his musical style is current, evolving from album to album. He has always been involved in multi-tracking, right from the beginning of his career, and composes and plays all the parts on his albums. 'I actually feel more like a painter, painting a complete canvas, than a musician,' John says. After the decline of the art-rock genre, John phased out of full-time involvement with music. Turning to another life-long avocation, east-west psychology and consciousness work, he wrote a book called Emotional Clearing, which was released by Random House in 2001. John is now active in furthering this work, (www.emclear.com) but still finds much time for art and music, considering it a necessity. In spite of his connection to the Eastern consciousness field, John does not do 'new age music,' which he generally finds to be sentimental and insipid. He prefers to explore the integration of darkness and the psychological shadow in his music, seeing this as one of the most important functions art can accomplish. A few years ago, the artist in John was awakened by the trip-hop revolution, which has built on the foundations laid in the early years of art-rock of which he was a part. Such innovations as the minimal, repeating groove bass line (borrowed from reggae), the narrowing of chord movement often to only one chord, the emphasis of all musical parts playing rhythm with equal importance instead of thinking of the arrangement as a lead voice or instrument backed by a band, the shift from sentimental lyrics to conceptual lyrics, the shift of focus from the artist to the art, the emphasis on steady, repetitive, understatement and away from flashy playing, the ambient concept including drones and textures, all began at that time, establishing the basics of ambient trance which merged with hip-hop to produce trip-hop, and is even now yielding post trip-hop work. These are the elements that characterize John's music.