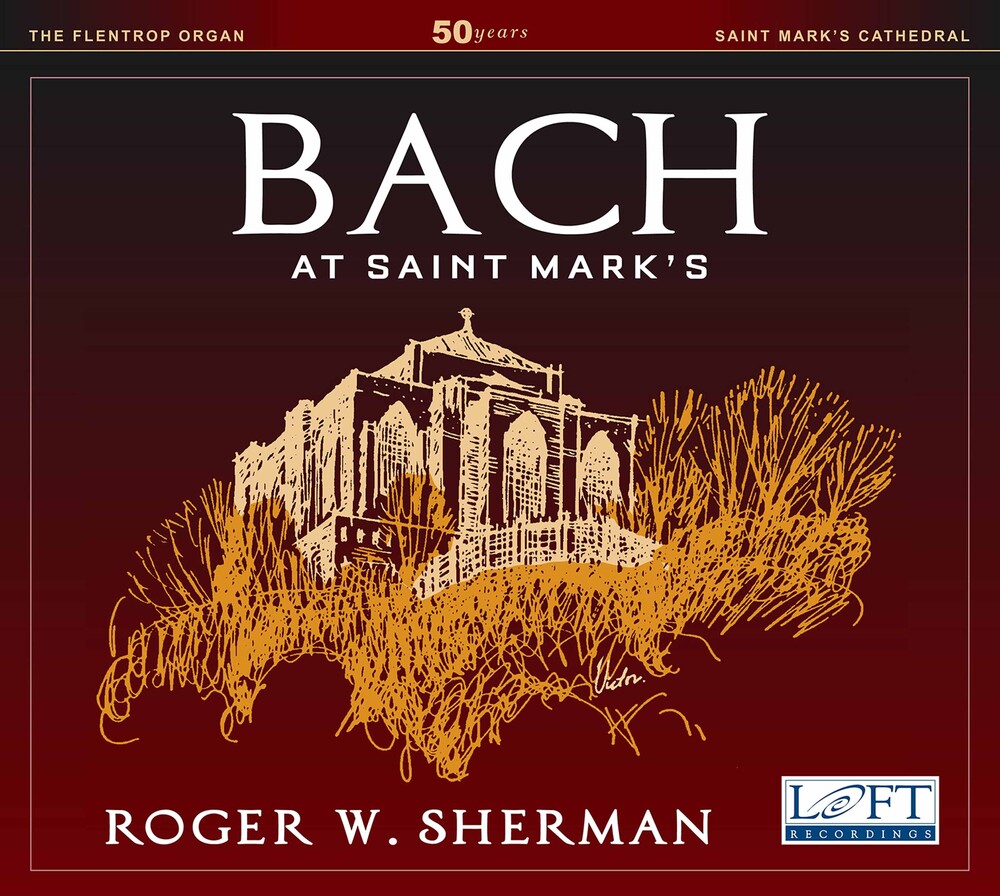 Part of a series of concert recordings celebrating 50 years of the Flentrop organ at Saint Mark's Cathedral (Seattle). Roger W. Sherman performs one of the popular "All-Bach" concerts that are an annual feature of Saint mark's Concert series. Roger W. Sherman is the Associate Organist Emeritus of St. Mark's Cathedral in Seattle, and Artistic Director, Emeritus of the Orcas Choral Society. He has also served as Executive Director of the Westfield Center, an early music organization devoted to historic keyboard instruments. For more than 25 years he is also been host and producer of the popular Organ Loft radio program, broadcast in Seattle and Eugene. A native of Seattle, Mr. Sherman attended Oberlin Conservatory of Music, where studied with Arthur Poister, Fenner Douglass, and William Porter. He was Director of Music for St. Paul's Episcopal Church in Milwaukee from 1974-1979, and taught organ and harpsichord at the Wisconsin Conservatory of Music. During his tenure in Milwaukee, he was a popular harpsichord soloist with many groups, especially the Milwaukee Chamber Orchestra. In addition to the recordings listed below, he has made recordings with Fred Sautter (principal Trumpet for the Oregon Symphony), the Imperial Brass, and the Dale Warland Singers.