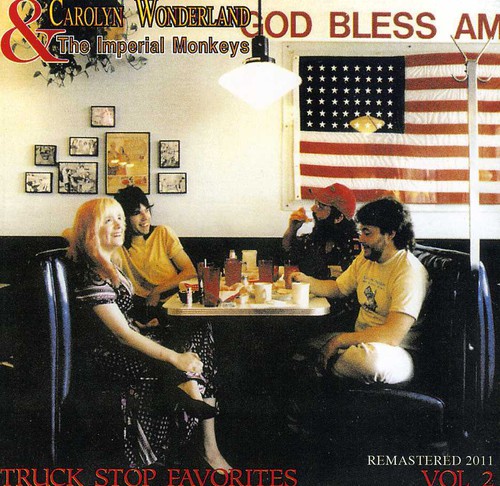 Album Notes Carolyn Wonderland's 2nd Album... 'Truck Stop Favorites Vol. 2' is Carolyn's follow-up album to 'Groove Milk'... Released in 1994... Carolyn was living in Houston, Tx and recorded her 2nd Album with her band at that time, the 'Imperial Monkeys'. The band was made up with Chris King on Bass, Eric Dane on Guitar, Eric Kolflat on Drums, and Carolyn delivering her Smoking Vocals and Guitar... note: Little Screaming Kenny had just left the band before this recording. The album was Produced by Richard Cagle and Engineered by Eddie Hawkins at Hot Dog Studios. 'Truck Stop Favorites Vol. 2' won the Houston Press/KLOL 'Album Of The Year' music award!!!
Prices on WaterlooRecords.com do not reflect the prices in our retail store location.
"In Stock" on WaterlooRecords.com does not reflect 'in stock' at our retail location, however it means we have quick order fulfillment (generally 2-3 business days).
back to top