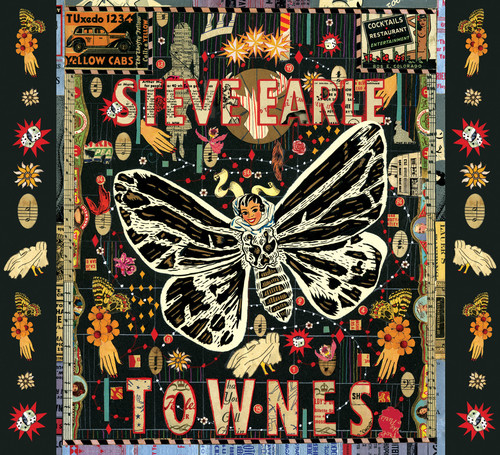 Vinyl LP pressing. 2009 release, the highly anticipated follow up to the Grammy Award winning album Washington Square Serenade. The 15-song set is comprised of songs written by Earle's friend and mentor, the late singer/songwriter, Townes Van Zandt. The songs selected for Townes were the ones that meant the most to Earle and the ones he personally connected to. Some of the selections chosen were songs that Earle has played his entire career ('Pancho and Lefty', 'Lungs', 'White Freightliner Blues'). He learned the song '(Quicksilver Daydreams of) Maria' directly from Van Zandt. Earle recorded the New York sessions solo and then added the instruments later on in order to preserve the spirit of Van Zandt's original solo performances to the best of his recollection. The track 'Lungs' was produced and mixed by the Dust Brothers' John King and features Tom Morello of Rage Against the Machine/The Night Watchmen on electric guitar.