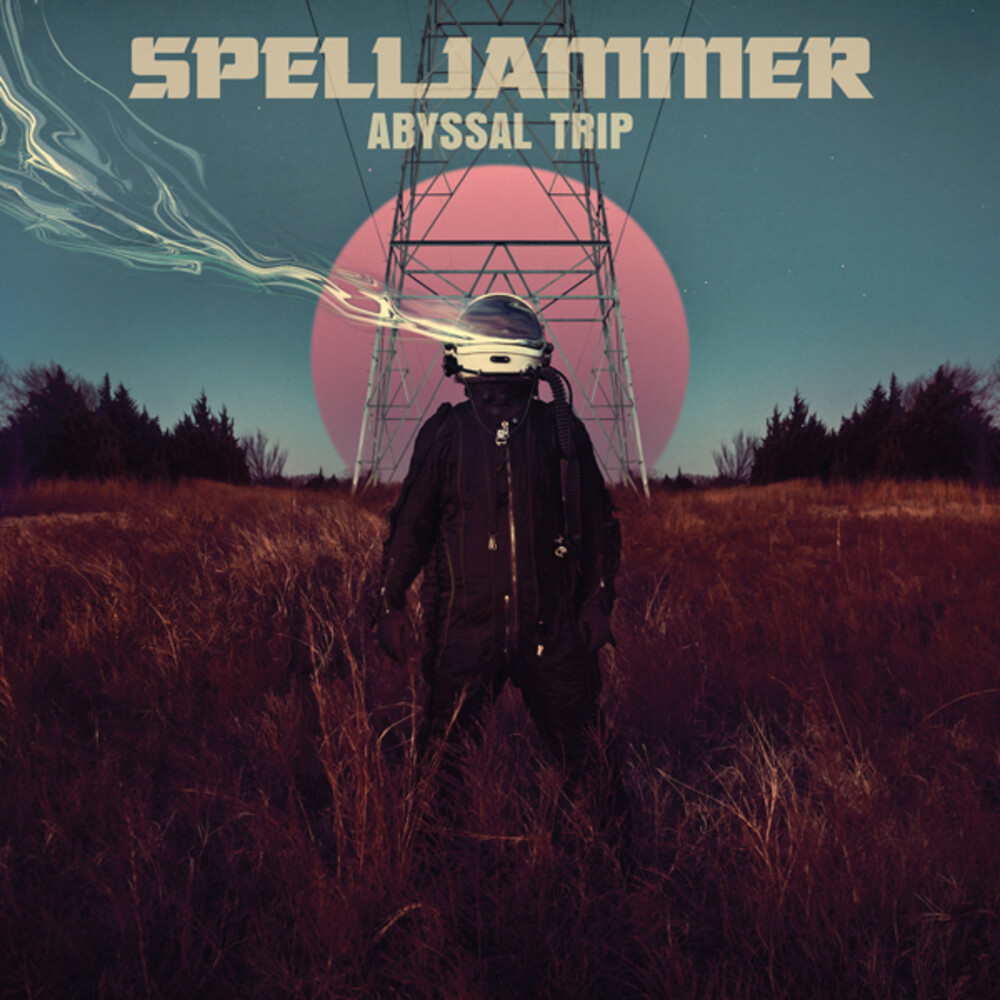 "The vastness of everything is something that I think about a lot," says Spelljammer bassist / vocalist Niklas Olsson. And it certainly shows in both the expansive, sludgy sounds and contemplative lyrics of the Stockholm, Sweden based trio. Following a five year break between their previous album, Ancient Of Days-perhaps fittingly spent pondering said vastness-Spelljammer is back with an album that perfectly bridges the band's earlier desert rock leanings and their later massive, slow-burning riffs. Abyssal Trip (note: carefully re-read that album title) takes it's moniker from the perpetually dark, cold, oxygen-free zone at the bottom of the ocean. The six song, forty-four minute album fittingly embodies that bleak realm with rumbling, oozing guitars intercut with dramatic melodic interludes. The songs take their time to unfurl, making them even more hypnotic. Likewise, the lyrics take a poetic approach to establishing the sonic scenery.The recording process for this album differs from previous releases in that the band-guitarist Robert Sörling, drummer Jonatan Rimsbo and Olsson-opted to capture the performances while holed up in the mental bathysphere of a house in the countryside near Stockholm. "The songs benefitted from the relaxed environment of being away from everything," Olsson explains. Indeed, the album sounds confident and meticulously arranged, afforded by the band's isolation. Sörling mixed the album and it was mastered by Monolord drummer Esben Willems at Berserk Audio. Abyssal Trip is, just like it's title suggests, an epic tour through desolate zones which yields much to discover."Low, slow, crunchy and crushing. Crank it up as loud as your speakers will go." -Metal Injection "Exhibits mastery with good riffs, tone and fat-as-f*ck drumming while also claiming it's own distinct space in the world of doom." -CvltNation