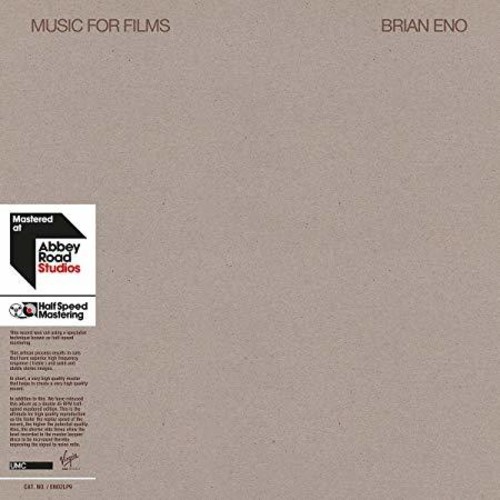 Limited 180gm vinyl LP pressing. Music for Films is the seventh solo studio album by musician Brian Eno. It is a conceptual work intended as a soundtrack for imaginary films, although many of the pieces had already appeared in actual films. The album is a loose compilation of material from the period 1975 to 1978, composed of short tracks ranging from one-and-a-half minutes to just over four, making it the antithesis of the long, sprawling, ambient pieces he later became known for. The compositional styles and equipment used also carried over onto Eno's work on some of David Bowie's 1977 album Low. Unlike Eno's later ambient works, Music for Films utilizes a broader sonic palette, with Eno's synthesizers and "found sounds" being supplemented by standard studio instrumentation played by other musicians.