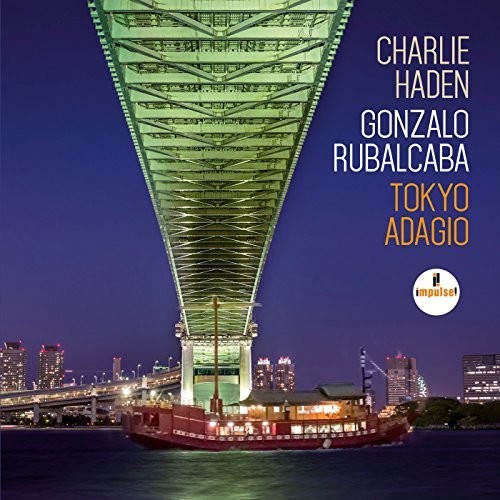 Tokyo Adagio is a posthumous release, but one that Charlie Haden ardently desired prior to his passing in July 2014. The album marks the pinnacle of the American bassists collaborations with Gonzalo Rubalcaba, the pianist of genius he first encountered in Cuba in 1986, and with whom Charlie immediately developed a bond bordering on the telepathic. Several recordings the famous Montreal Tapes (1998), the studio albums Nocturne (2001) and Land of the Sun (2004) are evidence of the deep concordance of these two musicians, but no recording had yet captured the communal purity with which the duo displayed for the audience at the Blue Note Tokyo on consecutive evenings in the Spring of 2005.

Ten years on, Impulse!/Universal Music Classics are happy to publish this unique eyewitness account with a title to Charlies taste, since he often referred to himself as an adagio guy. Tokyo Adagio is both a tribute and a testament to the nobility of his inimitable grace; through this release the spirit of Charlie Haden will endure.