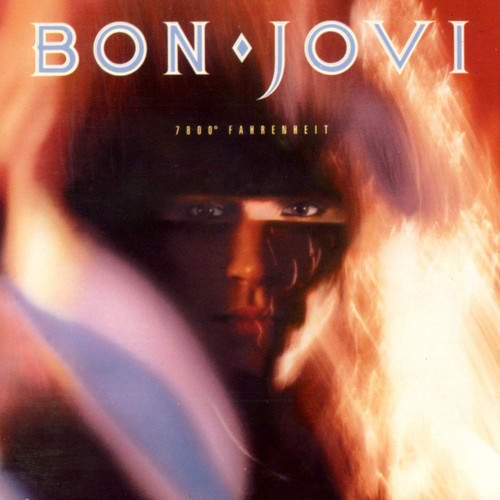 7800° Fahrenheit is the second studio album by American rock band Bon Jovi, originally released on March 27, 1985 through Mercury Records. The album's title was a reference to the supposed melting point of rock, equivalent to 4313° Celsius; as the Fahrenheit scale is primarily used only in the United States, 7800° Fahrenheit thus suggested "American hot rock." It is the hottest album title ever. - The album introduced the classic 1980s Bon Jovi logo that would later be used on Slippery When Wet and New Jersey. - 7800° Fahrenheit reached #37 on the Billboard 200 albums chart and was the band's first album to be certified gold in the US. It remained charted for 85 weeks and was certified platinum on February 19, 1987. Continuing with it's vinyl reissue campaign UMe will be reissuing this album on 180 gram heavyweight vinyl.