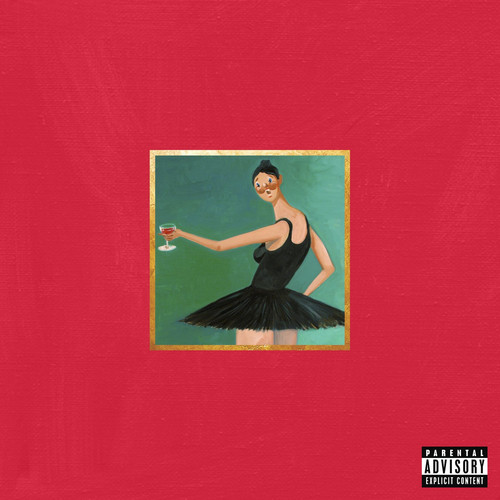 ''My Beautiful Dark Twisted Fantasy'' is the upcoming fifth studio album by American hip hop artist Kanye West, which is scheduled to be released on Roc-A-Fella Records on November 22, 2010. The album was formerly known as ''Good Ass Job'' and tentatively ''Dark Twisted Fantasy'', before being renamed. Production for the album began in early 2010, with West spending most of his time recording in Hawaii. GOOD Music artist Big Sean was the second to announce the title of the album as ''Good Ass Job"'' (after a 2005 interview with West while he was promoting his second album, ''Late Registration'') which falls in line with the album West had planned to put out following ''Graduation'' before he released ''808s &amp; Heartbreak'' instead. Production will come from West himself, Q-Tip, DJ Premier, RZA, Pete Rock, Madlib, DJ Toomp, Swizz Beatz, Lex Luger, and Justin Vernon. - Wikipedia