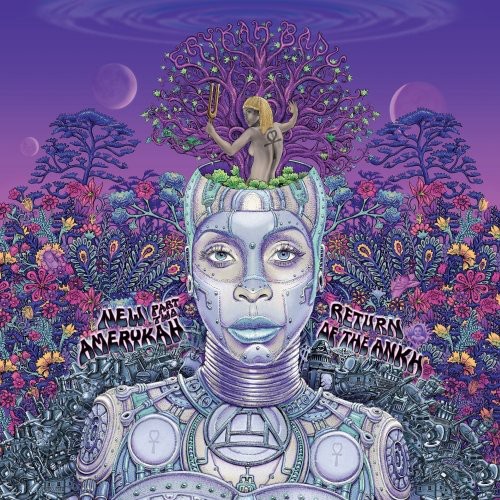 2010 release, the fifth studio album from the R&B/Neo-Soul superstar. In contrast to New Amerykah Part One (4th World War), which was digitally produced and political in tone, New Amerykah Part Two: Return of the Ankh features lush live instrumentation and taps into Badu's emotional side by thematically focusing on romance and relationships. "We used a lot of analog instruments...harps, strings, drums, piano, and even a Theremin, to give the album that sonic feel," says Badu. "There's a strong undercurrent of bottom, a rumbling to these songs that feels good to me. It feels like a hug."

The album debuted at number four on the US ''Billboard'' 200 chart, selling 110,000 copies in its first week. It achieved moderate international success and produced two singles, "Window Seat" and "Turn Me Away (Get MuNNY)". Upon its release, ''New Amerykah Part Two (Return of the Ankh)'' received general acclaim from most music critics. - Wikipedia