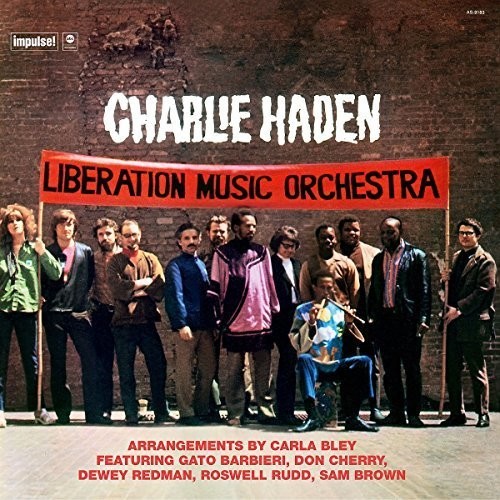 Limited vinyl LP repressing of this 1970 jazz classic. A fascinating reissue that comfortably straddles the lines of jazz, folk, and world music, working up a storm by way of a jazz protest album that points toward the Spanish Civil War in particular and the Vietnam War in passing. Haden leads the charge and contributes material, but the real star here may in fact be Carla Bley, who arranged numbers, wrote several, and contributed typically brilliant piano work. The inspiration for the album came when Haden heard songs from the Spanish Civil War. He included three of those songs on the album. Other tracks on the album include Ornette Coleman's "War Orphans", which Haden had played with Coleman in 1967, three pieces by Carla Bley, who also contributed much of the arranging, two of Haden's own compositions, one dedicated to Che Guevara and one inspired by the 1968 National Convention of the U.S. Democratic Party.
Prices on WaterlooRecords.com do not reflect the prices in our retail store location.
"In Stock" on WaterlooRecords.com does not reflect 'in stock' at our retail location, however it means we have quick order fulfillment (generally 2-3 business days).
back to top