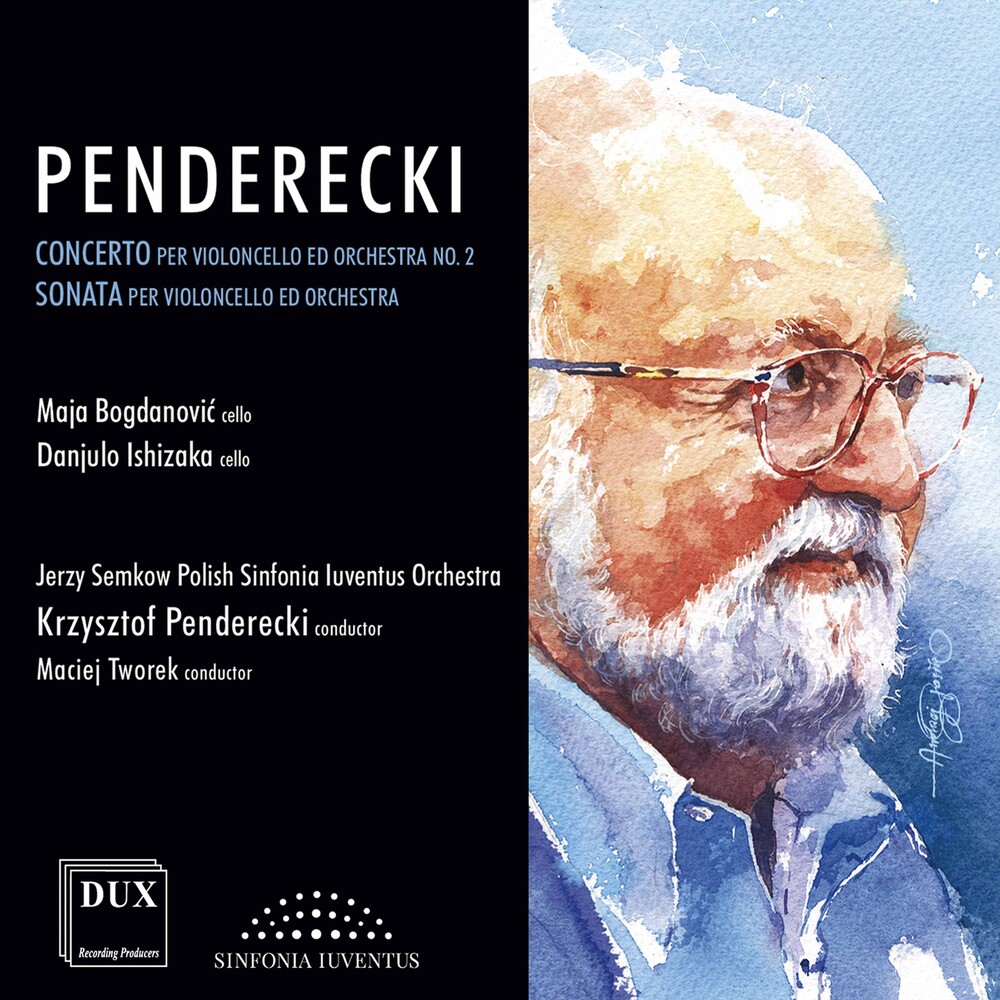 Krzysztof Penderecki's Concerto for Cello and Orchestra No. 2 (1982) was commissioned by the Berlin Philharmonic and dedicated to that orchestra and Mstislav Rostropovich. It belongs to the compose-r's most original and developed concertos, one in which Penderecki's quasi-romantic ideas are blended with highly dissonant, sonoristic episodes that significantly enrich the work's highly complex architecture. Even though the composition falls into eight distinct segments, Penderecki manages to achieve what seems to be impossible given the intricacies of the score - to create the impression of narrative cohesion. The work's formal design is based on repetitions and dissonances. A strongly chromaticised motif, which reappears in brief episodes during the piece in various configurations, is the starting point for the formal development. As the work unfolds, it is almost impossible to pinpoint precisely the factor which determines it's narrative development, in view of the numerous aesthetic collages and the incessant changes in expression and harmony. Moreover, Penderecki unexpectedly embarks on ingenious experiments aimed at the maximum use of the orchestra's potential. Penderecki's Sonata for cello and orchestra is an example of the composer's strictly avant garde and sonoristic thinking of the mid-1960s. Written in 1964, the work had it's world premiere in the same year at the Donaueschinger Musiktage, with Siegfried Palm, a cellist who specialized in contemporary music, as the soloist. The work consists of two parts which have much common in terms of expression but are texturally diverse. The overall mood is one of anxiety and inevitability. The smoothly-flowing, quiet narration of the first movement is based on long motifs in the strings. In the second movement, the mosaic of ideas undergoes a far-reaching change, with the percussion group joining the soloist in the foreground as a counterpoint to the cello.