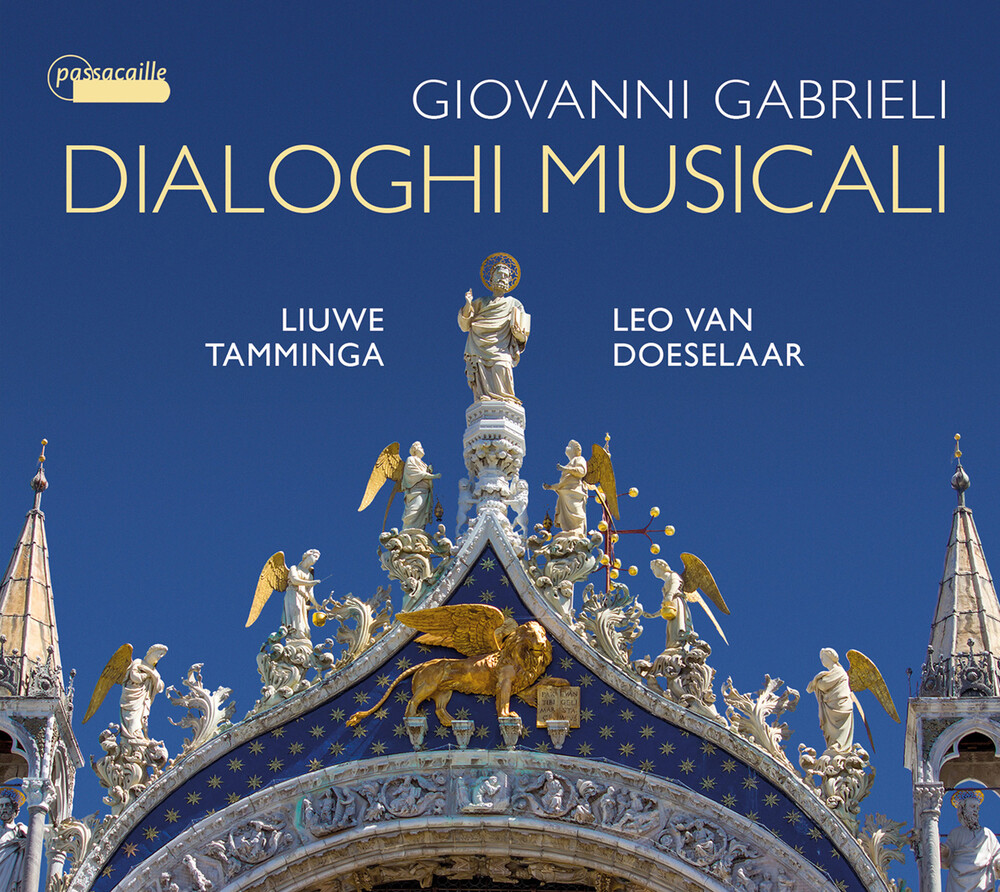 Giovanni Gabrieli is one of these Venetian musicians who appears in all music history surveys, but who is actually much less well known than he deserves to be. Modern brass ensembles sometimes perform some of his instrumental pieces in odd transpositions, and motets in concertato style end up in anthologies to illustrate the combination of cori spezzati sacred music. Yet, he was one of the major organists of his time, who wrote in virtually all common vocal and instrumental musical genres, introduced new compositional techniques, worked in the most important Venetian sacred institutions after a sojourn in Bavaria, and trained some of the most important German and Italian composers of the early 17th century. Giovanni Gabrieli's complete compositional output is preserved in both printed and manuscripts collections, and consists of about 250 compositions between madrigals (mostly in anthologies), motets, instrumental canzonas and sonatas, and organ pieces. The printed collections of instrumental music that became best known were the Canzoni per sonare con ogni sorte di stromenti (Venice, 1608), and the posthumous Canzoni e Sonate (Venice 1615). Why such polyphonic compositions designated "per ogni sorte di stromenti" (for all sorts of instruments) are performed by two organists in this recording is a consequence of absolute common practice in the 16th and early 17th centuries. In the present recording, the organists have selected eleven double-choir instrumental pieces (for 8, 10 and 12 parts) taken from the three aforementioned prints (of 1597, 1608, and 1615). This selection of eight-to-twelve-part pieces, performed on two of the most beautiful and suitable organs for this repertoire, offers an excellent panorama of Giovanni Gabrieli's double-choir compositions in the older (canzoni and madrigals) and newer (sonate) forms and styles of the two decades between the late 16th and the early 17th century in Venice.