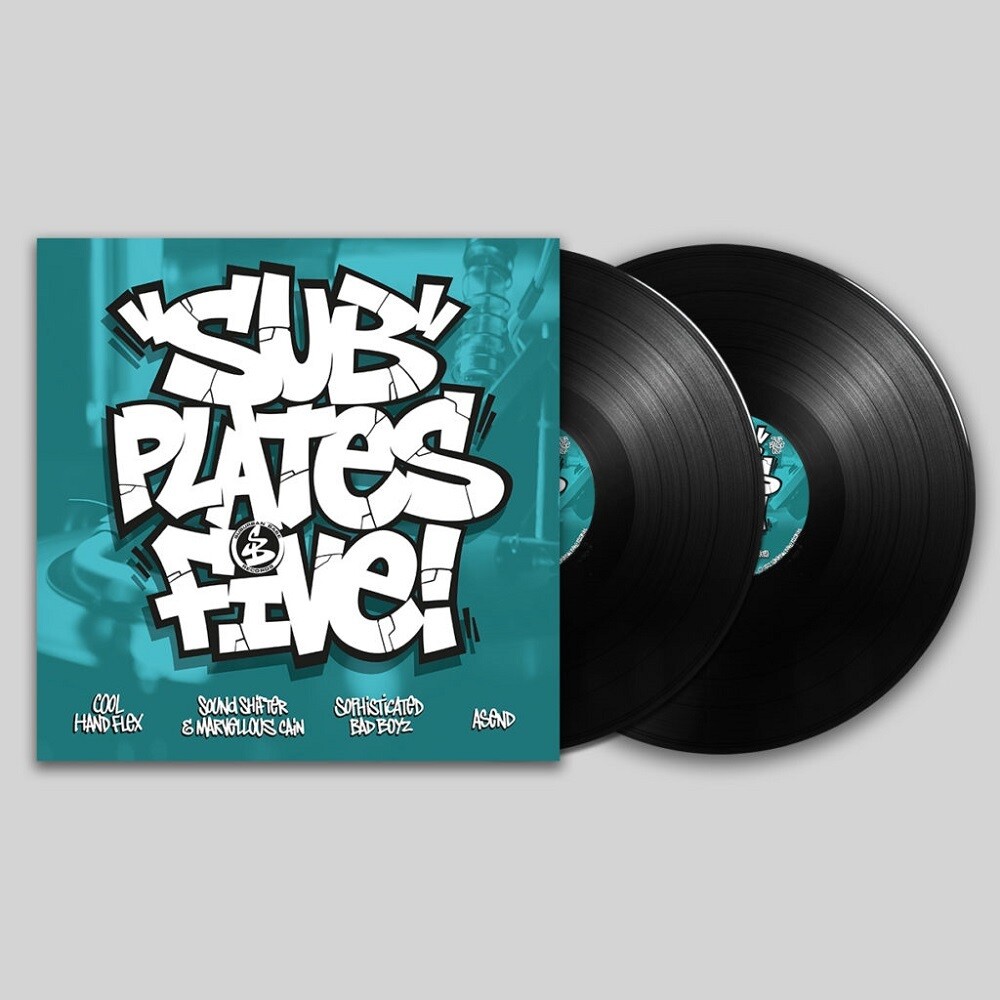 SUB PLATES Vol 5!! - SUB PLATES is back and in the original format that made it such collectable item when it launched back in the day! 2 x 10 inch vinyl replicating the dubplate style acetates. And picking up from where it left off with Vol 5 like it's never been away!First up is the return of Suburban Base recording artist Cool Hand Flex, who had music featured on the first generation SUBPLATES! The track here 'Get Down' is a piece of uncovered treasure that has been rediscovered having sat on DAT master in storage since around 1994 and never been released. Exclusively held on dubplate by Randell, Hype, and Flex himself, it is finally getting a release as part of this special package.Next up we introduce brand new music from brand new Suburban Base recording artist Sound Shifter collaborating with the legend Marvellous Cain on the beautiful 'Light Source One', a rolling piece of DnB which manages to keep classic elements of production whilst at the same time delivering stunningly fresh Drum & Bass.Subbase veterans Sophisticated Bad Boyz open record 2 with the DJ Phantasy VIP '94 Dubplate version of 'Feel The Magic', only held on Dub Plate by a very select few, and appeared only once on the D&B selection album 3 (The Dub Plate Selection) with very limited vinyl of that cut as 5 tracks per side, now for the first time ever you can get this stunningly remastered dubplate cut on a side all by itself sounding truly amazing.Flipped with another much sought after classic dubplate special 'Intelone' by Asend was a Kool FM only VIP Dubplate around the time Asend aka Dead Dred hosted his show on the Midlands version of the infamous pirate radio station, it made only one appearance on a 1996 Kool FM dubplate special project and has been hard to find ever since. Remastered and sounding incredible!
Prices on WaterlooRecords.com do not reflect the prices in our retail store location.
"In Stock" on WaterlooRecords.com does not reflect 'in stock' at our retail location, however it means we have quick order fulfillment (generally 2-3 business days).
back to top