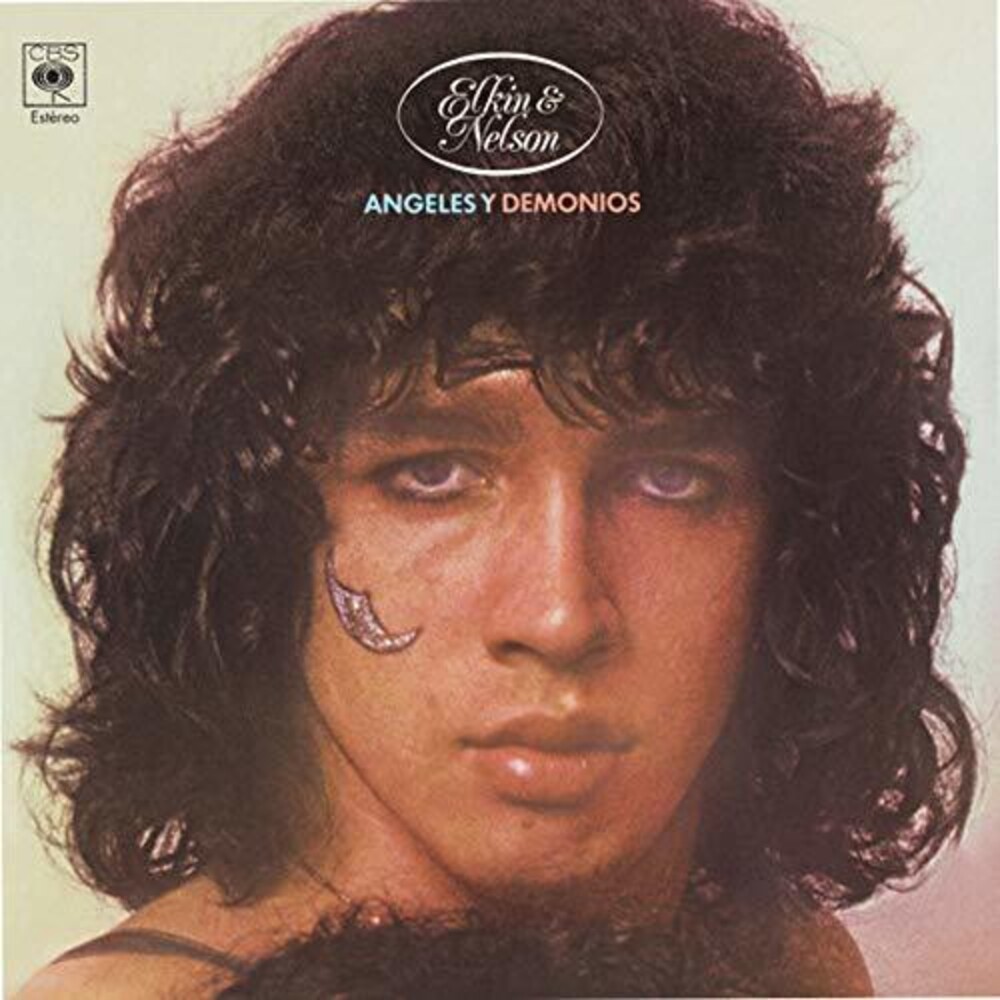 A true Balearic / Cosmic classic LP - Columbian brothers Elkin & Nelson's 1974 debut double album 'Angeles y Demonios' is the perfect blend of traditional latin music, psychedelia, fuzz, glam, ethnic rhythms, progressive rock leanings and everything else in-between! The album had been received quite well on it's release, enabling the brothers to move to Spain and explore their ideas and melodies full-time, but it wasn't until the late 1980's Balearic explosion that the brothers unique musical vision struck a chord with those outside of Spain whose interests were rooted in the more esoteric corners of the record shop racks. Possibly the most well-known track from this LP was 'Jibaro (Enrolle)' that featured on the closing side of the set. This track was picked up and subsequently covered by Paul Oakenfold and the burgeoning wave of UK DJ's who had become enamoured with the white isle and her many sounds, thus birthing the term 'Balearic Beat'. 'Jibaro (Enrolle)' is perhaps one of the benchmarks of that particular microcosmic scene and sound but that doesn't mean the rest of this amazing LP should be ignored. A truly wondrous trip through the rock underground, not traditional by any means, if you dig the Balearic sound, psych-rock, funk and all of it's orbiting planets then this will certainly flip all the right switches for you. A very original set. This classic has been legally reissued by Above Board distribution in conjunction with the legal rights holders - Sony Music Entertainment. This high quality 2 x LP repress features original 1974 gatefold sleeve and label artwork and has been remastered from Sony's original sources by Optimum Mastering, Bristol UK.