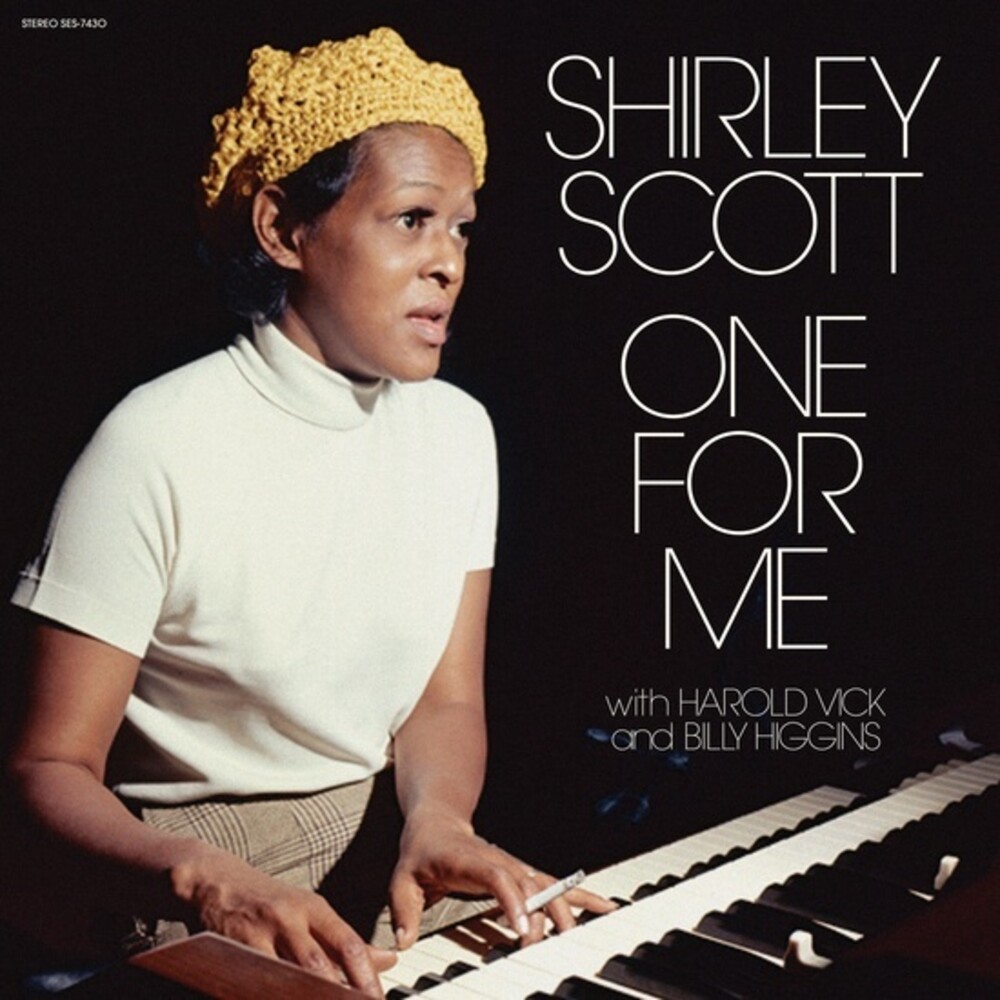 One For Me
Artist: Shirley Scott
Format: Vinyl
New: Not in stock
Wish

Presenting Shirley Scott's deeply personal album, 'One for Me' - a defiant tribute to the music she always desired to create but was shrouded by the demands of her vibrant career. Thoughtful curation of the band, tracks, and completely self-funded, this project set off on an innovative trajectory supported by Harold Vick on tenor saxophone and Billy Higgins on drums. Originally released on the revolutionary artist-owned label, Strata-East Records, in January 1975, this unique project will be available to enjoy again on Arc Records from 15th May 2020. The impetus for this record was a real desire for Shirley to express herself more freely and create something for herself, taking back the power she'd seemingly relinquished throughout her career. Maxine Gordon, Scott's close friend, and executive producer on the original record, expresses that they often had intimate discussions about how Scott was being told what to play, what to wear, how to look and how to speak in public for many years. Having had enough of these restrictions, she created this record to please no one but herself. As Scott expresses on the back of the original LP sleeve: "All of the music recorded in this album is both personal and very purposeful to me, because it is the first step toward honesty about what and how I want to play. I've done a lot of other albums, a lot of different ways for a lot of different people and now, with the help of the Creator, in whom all things are possible, I have done one for me too." Having self-raised funds to make the record, with complete control over the masters, and with her dream band together, Scott recorded at Blue Rock Studio in November 1974. Harold Vick, often referred to as one of the "unsung tenor saxophonists" of his time, was cherry picked to bring Scott's vision to life. Throughout his career, he released records on Blue Note, RCA as well as performing and recording with a string of legendary artists such as Ray Charles, and Aretha Franklin. Completing the dream trio was highly sought out drummer Billy Higgins, who is the most recorded drummer in the history of Blue Note Records, having played on 45 Blue Note albums. The key to their success was that Higgins tuned his drums to fit with the organ's bass sound which, of course, Scott played with her feet. Scott was also known as "Little Miss Half-Steps," a name given to her by tenor saxophonist George Coleman, (who wrote a composition by that name in her honor) - she regularly played with both George & Harold. Coleman is known to have admired Scott's half-steps (when you play two adjacent keys on the organ or piano) and their close bond and mutual respect is solidified on this record through a track titled 'Big George' - specifically written for Coleman. "Queen of the Organ", Shirley Scott was born in Philadelphia in 1934 and lived there most of her life until her early death in March 2002 at the age of 67. Having mastered the piano at an early age, Scott switched from piano to organ at the tender age of 21. Scott had a legendary recording career as a leader with 45 albums mainly released on Impulse and Prestige and is often remembered for her work with Eddie "Lockjaw" Davis and Stanley Turrentine. Boasting a thriving career as a musician and composer, Scott progressed to a professor at Cheyney University in her later years. She was a treasured mother and grandmother, and a cherished friend of music scholar, Maxine Gordon, who's honour it is to collaborate with Arc Records on shining a new bright light on this monumental body of work.