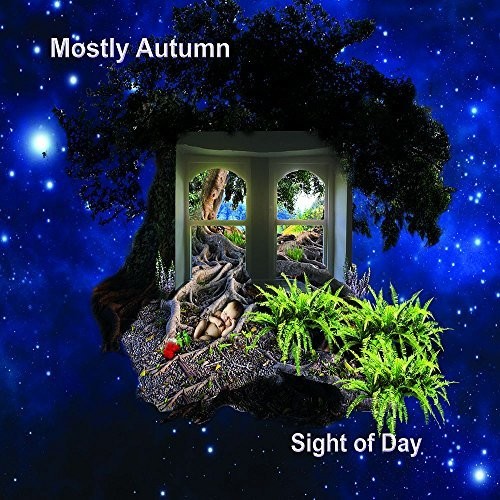 2017 album from the critically acclaimed British rock band. Sight Of Day is an album celebrating life and the album abounds with huge tracks that lead the listener into territory never explored by the band before. Some have already said that this album is bound to be a classic amongst anybody's work. The slow burning power reaches climaxes that could well bring the listener to tears. Award winning Mostly Autumn's musical palette is diverse, they draw on influences from the golden age of rock, but have developed their own unique sound that both captures the essence of that era and yet looks forward into the future. They have earned themselves a name for their outstanding live shows and have been described as 'the best band you have never heard'. Since forming back in 1996, Mostly Autumn has earned themselves a name for their relentless touring schedule and outstanding live shows. They have built a loyal and cult following since their first album sixteen years ago and in that time such luminaries as Steve Hackett, the late Richard Wright, and the late Jon Lord and the BBC's own Bob Harris are amongst their many fans. They have been personally invited by Ritchie Blackmore to support on his Ritchie Blackmore's Rainbow show at the Genting Arena and also as an acoustic duo to support Steve Hackett's Genesis Revisited tour.