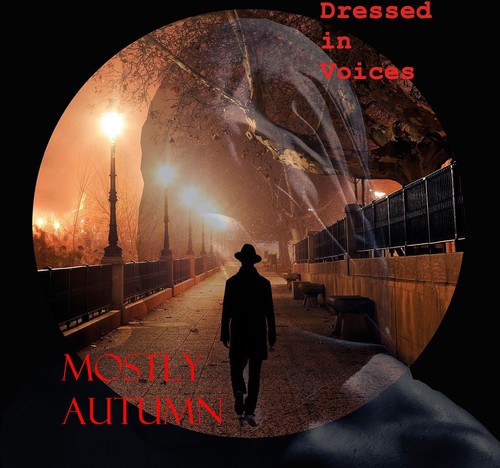 2014 album from the British Classic/Folk/Prog band. On DRESSED IN VOICES, they explore the dark concept of a killer forced to witness the full weight of all he is taking away, as time briefly comes to a standstill. Since forming back in 1996, Mostly Autumn have garnered themselves a name for their relentless touring schedule and outstanding live shows. They have built a loyal and cult following since their first album 16 years ago and in that time such luminaries as Steve Hackett, the late Richard Wright, and the late Jon Lord and the BBC's own Bob Harris are amongst their many fans. Bryan Josh is that rare beast - a hugely talented guitarist who knows how to play with feeling and for the song. His soaring guitar, always drenched in pure emotion, at times recall the golden era of guitar heroes such as David Gilmour but never outstays it's welcome, always leaving the listener wanting a little more. Lead vocalist Olivia Sparnenn is a true talent, the range and beauty of her voice is world class.
Prices on WaterlooRecords.com do not reflect the prices in our retail store location.
"In Stock" on WaterlooRecords.com does not reflect 'in stock' at our retail location, however it means we have quick order fulfillment (generally 2-3 business days).
back to top