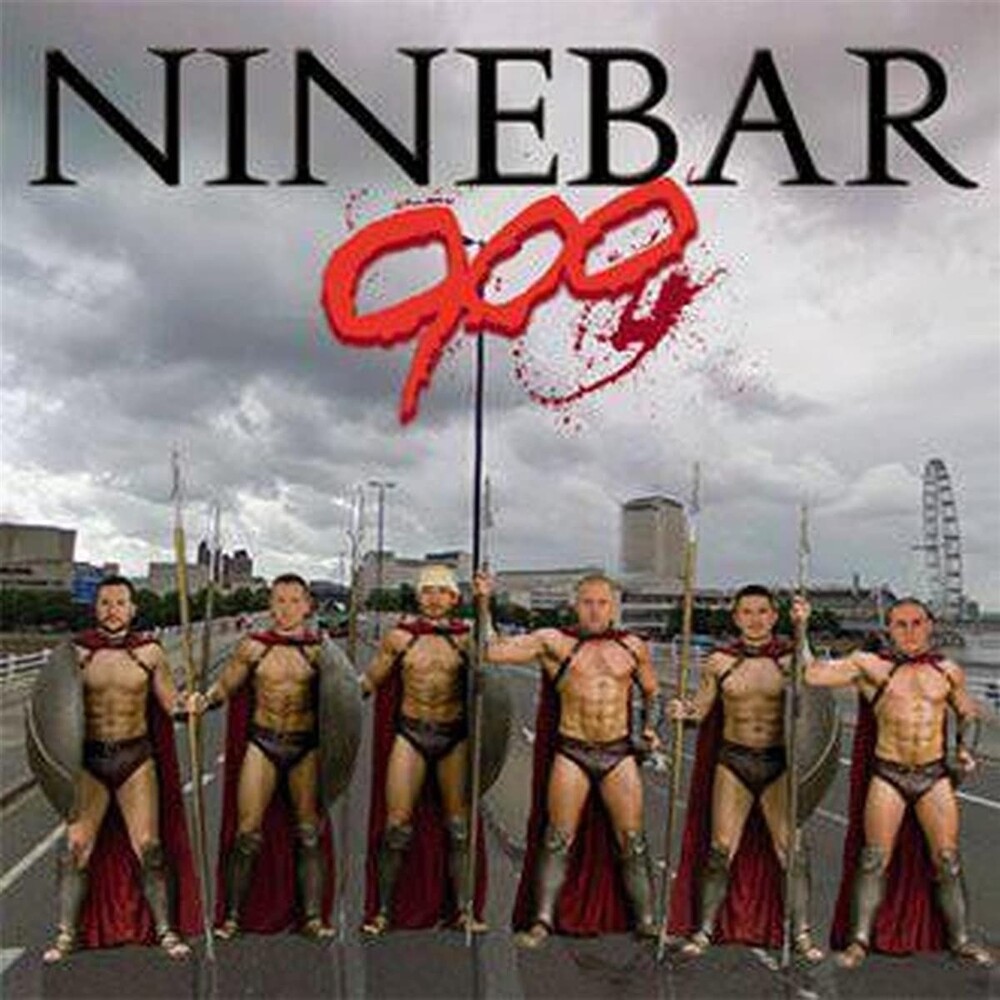 Rucktion Records proudly presents '900' the second full-length CD from NINE BAR, 12 new tunes from one of London's longest existing Hardcore bands with roots reaching back into the late 1990's. '900' sees NINE BAR blend bursts of speed and pounding heaviness with melody and groove, their trademark style which they have now expanded on with occasional rock, punk and metal influences, whilst retaining plenty of the chugging brutality that has brought chaos to dancefloors around the UK and beyond. Listen to how the band effortlessly goes from the straight up speed and crushing breakdowns of the album's opener 'Heartless' into the choppy groove of 'Still Don't Need' followed by the thrashing fury of 'What Could Have Been' and you will realise that NINE BAR undoubtedly know their roots yet are unafraid to mix their own personality into the sound they have grown up with. The contrasting dual vocals of Fat Tom and TB remain the same harsh bark and shout as always, yet from time to time throw in touches of melody to match the musical territory that '900' occasionally touches on. Vocal trade-offs serve to heighten the intensity already created by the music on songs such as the dark and negative beatdown stomp of 'End All' or the album's epic closer 'Years of Dedication', on which long-time friends Pelbu (KNUCKLEDUST, BUN DEM OUT) and DBS (INJURY TIME, KARTEL) add their vocal talents. With an approach ranging from almost poetic to direct and in your face, NINE BAR's lyrics cover a multitude of topics, such as depression, persistence, loss, alienation, pride, hatred for liars, users and bullshitters and the love they feel for their friends and their city. But despite their aggressive and intense subject matter and delivery, NINE BAR have proved once again that they don't take themselves TOO seriously, with more of their trademark inlay art revealing the bands humorous side. The mix of shorter, faster songs and longer heavier ones, the wide variety of influences, the increasingly technical guitar solos - all of these elements combined to make '900' an album equally rich in diversity and basic bludgeoning heaviness.
Prices on WaterlooRecords.com do not reflect the prices in our retail store location.
"In Stock" on WaterlooRecords.com does not reflect 'in stock' at our retail location, however it means we have quick order fulfillment (generally 2-3 business days).
back to top