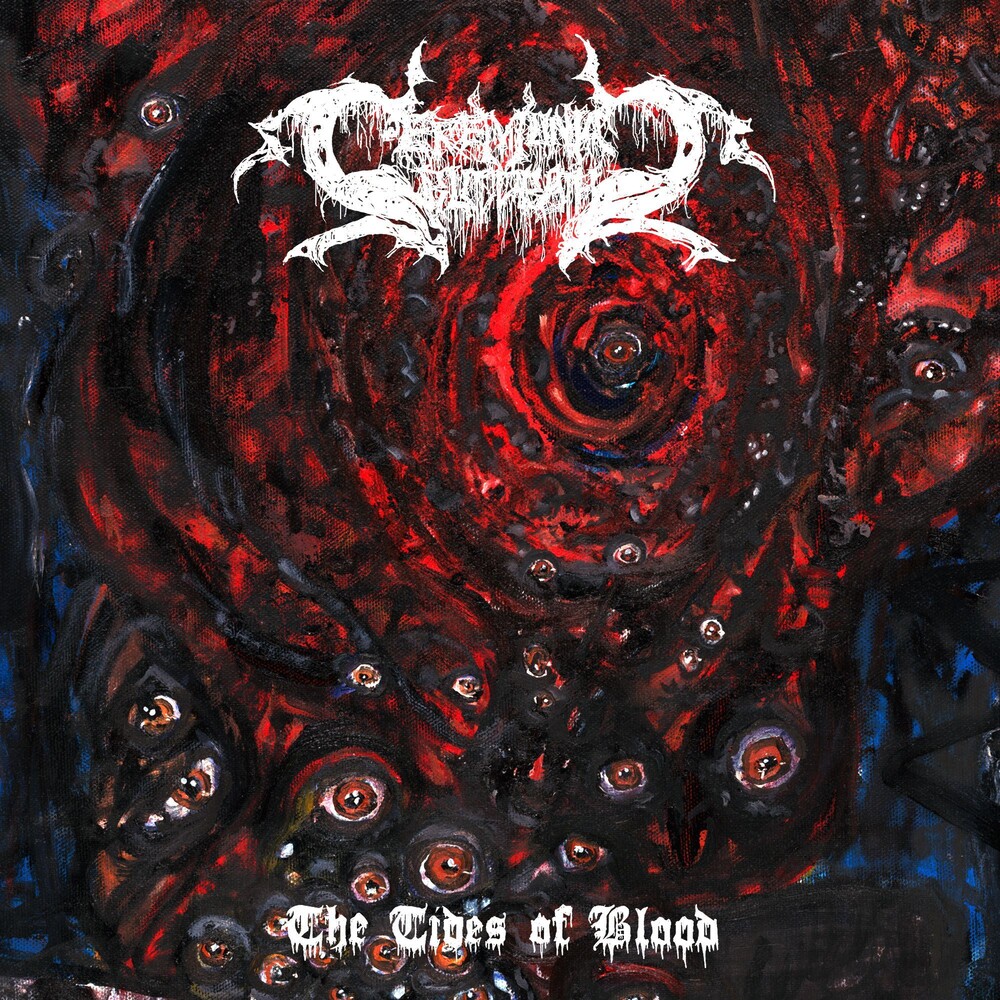 Vancouver BC death metal horde Ceremonial Bloodbath finally issue "The Tides of Blood", a long awaited and highly anticipated debut full length album of abhorrent and malformed dark death metal twilight and of complete sonic torment emanating from a place of utter wretchedness and abandon. With it's members coming from established VC BC bands like Scum Division Cult, Nightfucker, Encoffinate, Radioactive Vomit, Grave Infestation, Mass Grave, Temple of Abandonment and Deathwinds, Ceremonial Bloodbath is an unholy coalition of some of Vancouver BC's most established and experienced musicians, who have come together to forge the most darkened, demented and hideous strain of bastard death metal they could fathom, taking cues from bands like Blasphemy, Sarcófago, Mystifier, Beherit, Archgoat, Vassafor, Mortician, Deicide etc. And blurring the sum of their influences into a sonic monstrosity devoid of any sanity or shape. Both extremely primitive and regressed, but highly unpredictable and experimental, Ceremonial Bloodbath's death metal is a place in which reference points and familiarity are nihl and set against the odds of complete insanity and chaos. With it's barbaric riffs twisted and bent out of shape, it's schizoid leads and diseased atmospheres, and an execution delivered with complete barbarism and deformity, Ceremonial Bloodbath have created one of the most inverted, hallucinogenic, crepuscular, and inhuman death metal absurdities that you will hear all year.