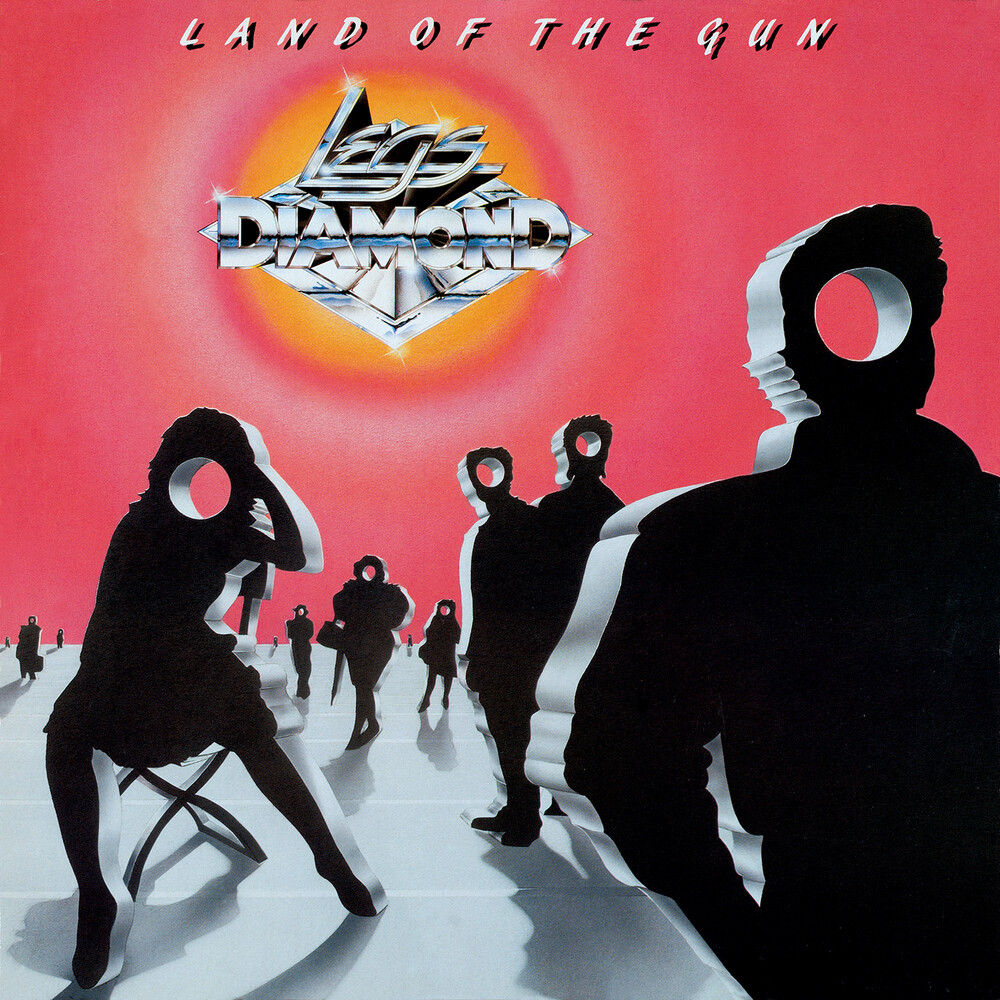 Special Deluxe Collector's Edition / Fully Remastered Audio shaped from 24 BIT digital technology / 4 Bonus Tracks / 16 page full color booklet - 3,500 word essay, enhanced artwork with previously unseen photos and new interviews. WITH REVIVED INTEREST in Legs Diamond piqued by the surprise release of their 1984 album 'Out On Bail', the band's stock had risen to an exciting level, especially in Europe where interest was at an all-time high. As a direct result the band were asked to record a new album with one eye on the overseas market. Naturally, the band were happy to comply and set about recording their fifth album for release on Target Records in the US and Music For Nations in the UK. If there had been some resistance to the sound displayed on the previous record (particularly the sampled drums) the band's followers were more than satisfied with this new record. 'Land Of The Gun', originally issued in 1986, presented the band in all their original sonic glory, containing a brace of stunning songs with punchy production values and a new-found sense of purpose. The line-up remained stable, with their trademark sound fully on-point. Recorded in their native Los Angeles, and issued to great acclaim, the album takes it's place in the Legs Diamond Hall Of Fame as one of the finest records from this cherished group. Chief amongst the songs on offer are classic tracks such as 'Turn To Stone', 'Falling In Love', 'My Own Game' and not least of all 'Rock Doktor' with it's hip thrusting riff, supplied by Jim May and a typically authoritative vocal from Rick Sandford. This was in fact a revised version track of an earlier song titled 'Symptoms Of Passion' and was included as a bonus track on Rock Candy's reissue of their 1979 'Fire Power' album."