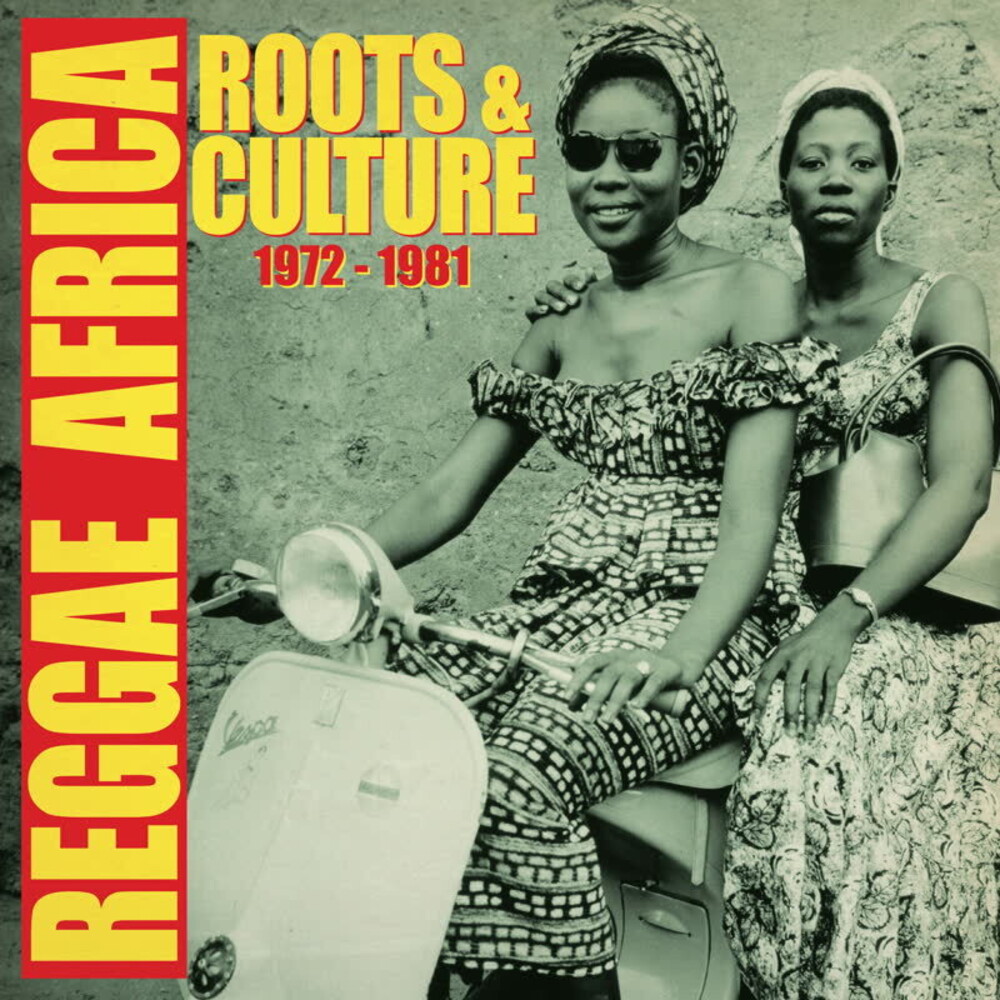 On 18th April, 1980, after decades of anti colonial struggle, the Zimbabweian flag was finally raised at midnight at the Rufaro Stadium in Harare. Not long after, the words 'Ladies and Gentlemen, Bob Marley and The Wailers!' rang out, and Zimbabwe's independent future began.In the years that followed, Africa was to produce it's own reggae superstars, as the likes of Alpha Blondy, Majek Fashek and Lucky Dube swept across the continent and beyond, and there's no doubting Bob Marley's explosive impact on this particular narrative.Marley's unswerving commitment to liberation and unity ranged from the sweeping spiritual sentiments of iconic hits such One Love and Redemption Song to the galvanising, focused tone of 1979's 'Zimbabwe', and his status as global superstar ensured that his (self funded) part in the countries' epochal celebrations meant that the history of reggae in Africa would always be viewed through the prism of his influence (Wiki/African Reggae : 'In 1980, world-famous Jamaican reggae musician Bob Marley performed in Harare, Zimbabwe, and that concert is often credited as marking the beginning of reggae in Africa')But in fact, the recorded history of reggae produced in Africa stretches back over a decade before Marley's arrival on the continent, and showcases broad pan - diasporic interflows between the Carribean and Africa, with the UK and the US communities playing influential supporting roles, all helping shape the evolution and development of the genre in Africa from late 60's inception to Marley's arrival in 1980, and then well beyond.Reggae Africa : Roots and Culture, 1972 - 1981 tries to capture a sense of that evolution, starting in 1972 as Mebussa's ultra rare 'Good Bye Friends' effortlessly captures triangular, transatlantic cultural interflows, with the short lived Nigerian group's bitter sweet chords echoing classic US soul, but laid over a gritty, skanking Jimmy Cliff - esque proto reggae rhythm.Trying to work out the precise provenance of Black Reggae's 'Darling I'm So Proud of You' (1975) isn't easy, but involves Paris based / African focused label Fiesta, some proper OG co-branding exercise with Bols Brandy ('Bols Brandy presents Black Reggae') - and deeply infectious, lilting Rocksteady.By 1976, glorious Nigerian sister duo Lijadu Sisters are echoing the chunky roots of a Dennis Brown or U Roy on 'Bobby', and in 1977, bespoke Nigerian drummer Georges Happi is introing 'Hello Friends' with the soon to be universal signature reggae tom roll intro, before veering leftfield with snatches of spoken Afro - English vocal in between the hooky choruses.Nigerian giant Chrissy Essien's 'I'll Be You Man' (1979) combines floaty Lovers vibes with catchy ska shuffle, and in the same year, Cameroonian afro-funk/disco heavyweight Pasteur Lappe' drifts seamlessly into skanking, Lovers infected reggae on 'Babbette D.O. (Rastawoman)' (before a sprawling electric guitar solo reminds us how unselfconsiously eclectic so much African music of the era was.)
Prices on WaterlooRecords.com do not reflect the prices in our retail store location.
"In Stock" on WaterlooRecords.com does not reflect 'in stock' at our retail location, however it means we have quick order fulfillment (generally 2-3 business days).
back to top