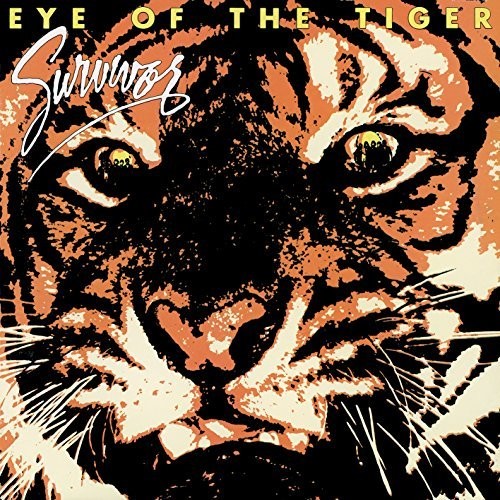 Digitally remastered and expanded edition including 16 page full color booklet that contains a 4,000 word essay, enhanced artwork with previously unseen photos, band involvement and new interview with band leader Jim Peterik. Stop anyone on the street and ask them to name one of their all-time favorite rock tracks and there's a very good chance that 'Eye Of The Tiger' will top that poll. As one of the most ubiquitous tracks of all time, this song not only topped the singles chart in the USA but it also became synonymous with one of the biggest movies of the 1980s, namely Rocky III; Sylvester Stallone personally requested the track and, by including it in the film, gave the song a thirty million dollar promo video! Up to that point survivor had proved to be moderately successful melodic hard rock band but with the boost from Rocky III the band was suddenly thrust into the spotlight, securing them the same sort of adulation afforded other hard rock heavy hitters such as Journey, Foreigner and Boston. It was a pedestal that served them well for the rest of the decade and beyond. Both the single and the album topped the US charts in the summer of 1982. The album was produced by guitarist Frankie Sullivan and engineered by Mike Clink, a man who would later go on to produce Guns N' Roses. Although the title track is universally known, the album contains a brace of superbly written and arranged tracks that indicate the band's talent had reached new levels of creativity, even spawning another massive hit single with 'American Heartbeat', proving, if proof were needed, that Survivor could do no wrong.