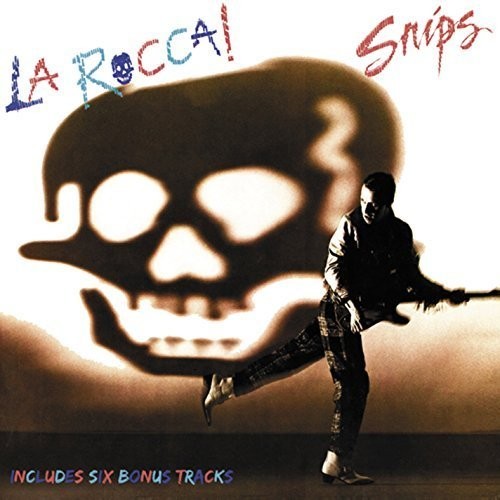 Digitally remasterred and expanded edition. 1979 solo album from quirky singer/songwriter Snips (AKA Steve Parsons), best known as the lead singer of Sharks and as a singer/songwriter with Ginger Baker. Originally released in 1979 and now released on CD for the very first time, La Rocca is an album that oozes class and has a unique tone which is down to Chris Spedding, who not only plays guitar throughout but also produced the album. Features the classic single `Nine O'Clock'. Also included as bonus tracks are the singles A and B sides that supported the release. Musicians on the album include Snips, Chris Spedding, Bill Nelson, Jackie Badger, Dave Mattacks and Clem Cattini.
Prices on WaterlooRecords.com do not reflect the prices in our retail store location.
"In Stock" on WaterlooRecords.com does not reflect 'in stock' at our retail location, however it means we have quick order fulfillment (generally 2-3 business days).
back to top