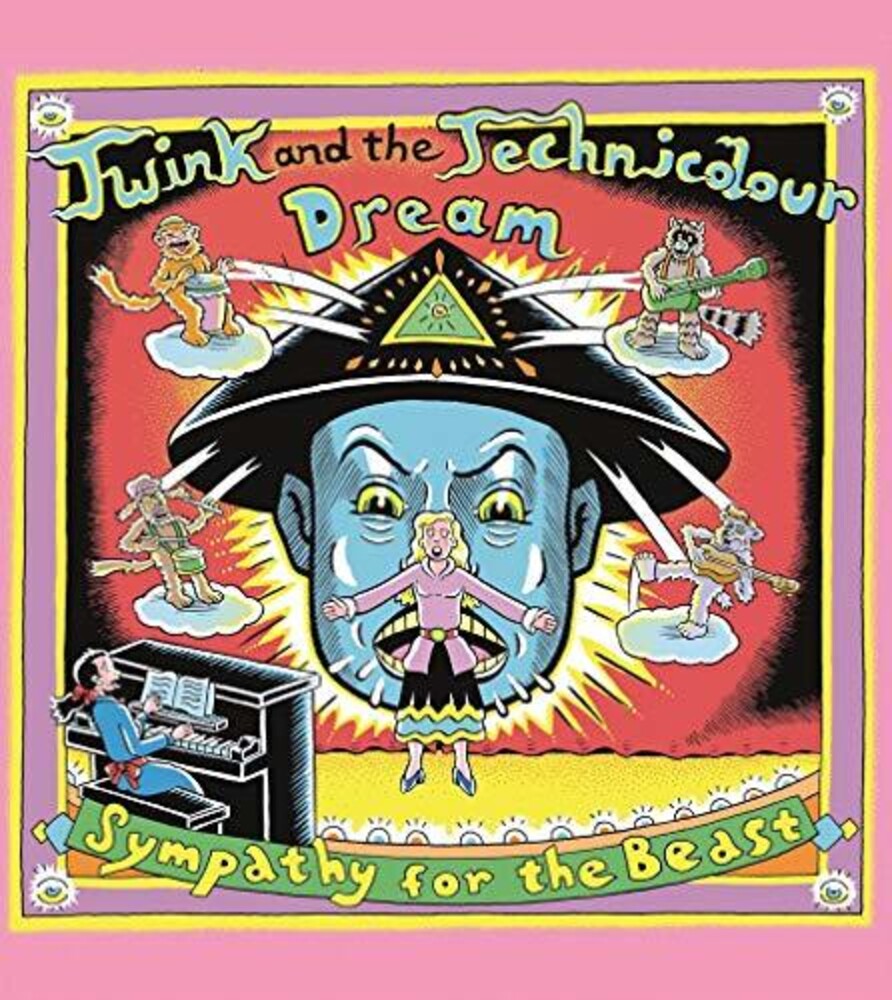 Sympathy for the Beast, the new album by Twink and the Technicolour Dream, is based on the wonderfully imaginative poetical works of Aleister Crowley, whose natural and intrinsic musical quality Twink and the Technicolour Dream have tried to intensify with their psychedelic musical drive, using sections of the original poems as lyrics for their songs or narrations for their musical backgrounds. Jon Povey has given a significant contribution to this album as vocalist, composer and keyboard player. In addition, William Breeze, head of the Ordo Templi Orientis, the lodge presided by Crowley through most of his life, has provided the recently discovered manuscript scores of two unpublished songs by Crowley that Twink and the Technicolour Dream are presenting for the first time in their original form (piano and soprano) and a rock version. Includes two unpublished tracks, "Your Grave Grey Eyes" and "Cinnamon Curls" written by Aleister Crowley and Bernard F. Page, presented in their original score and in a rock arrangement. First ever release on vinyl. Pressed with the full involvement of John "Twink" Alder and the Techicolour Dream. Produced by Marco Conti and Fabio Porretti. Recorded and Mastered at Pioneer Studio (Colchester) and Gulliver Master Studio (Rome) between May 2016 and July 2018. 180 gram vinyl; Gatefold sleeve; Includes printed inner sleeve and postcard of Aleister Crowley's Mutts on the Mountain painting (c. 1920).