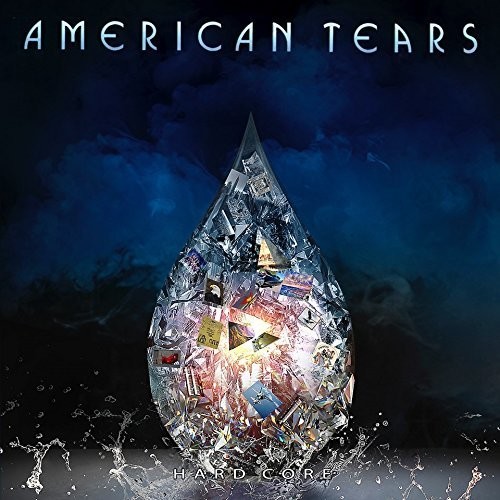 American Tears is an American keyboard trio that released it's first record, Branded Bad, on Columbia Records in 1974 and it's second, Tear Gas, in 1975. Formed in the fertile musical environment of Long Island, New York, the band was a power keyboard trio, using keyboards of the day, Hammond organ, synths, mellotron, clavinet, electronic melodica and playing progressive music which showed the bands stellar musicianship. Eclectic in their approach, their heartfelt music ranged from aggressive keyboard based extravaganzas to beautiful lush melodies circling pop of the day. The third American Tears album, Powerhouse, added the guitarist and singer, Craig Brooks, and the band evolved into the critically acclaimed band Touch... but that is another story. Now, this fourth American Tears album Hard Core heralds the return of Mark Mangold to this keyboard based approach, using instruments only available in the 70's when the band made it's first foray. In fact this band may be the only band on the planet playing exclusively keyboard rock. With influences from his earlier work, tipping an occasional hat to ELP, Moody Blues and Deep Purple, this new album shows the daring, and pure emotion, that can be ripped out of those instruments. American Tears defies the term "generic" as this purely original music, and scathing lyrics, have few if any standards for comparison.