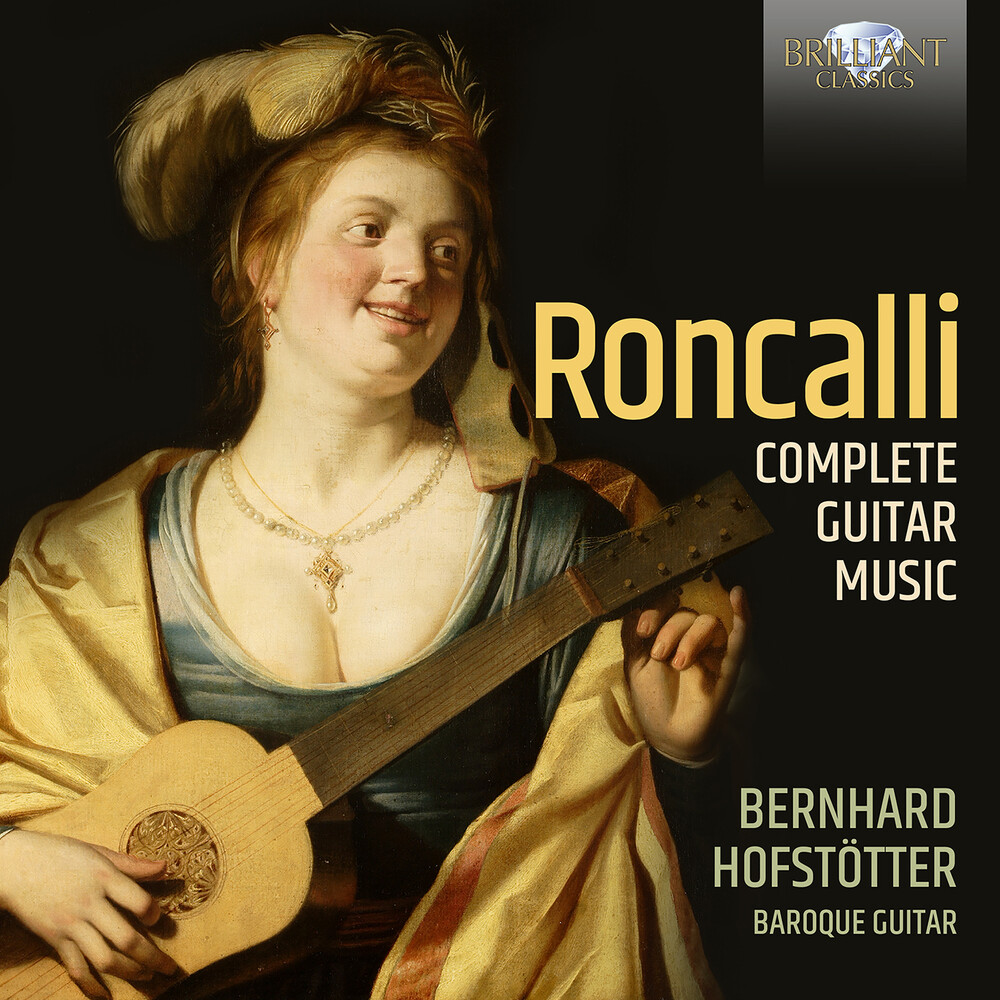 The Capricci armonici sopra la chitarra spagnola by Count Ludovico Roncalli (1654-1713) is believed to be the last collection of music for the five-course baroque guitar published in Italy and one of the first collections of baroque guitar music to attract attention in modern times. It was the complete transcription in staff notation by distinguished Italian scholar Oscar Chilesotti that inspired Ottorino Respighi to include an orchestrated version of the Passacaglia in G minor in his Antiche danze ed arie per liuto in 1931. For this reason, Roncalli's music has always been popular with classical guitarists, but this wonderful recording allows it be heard on the kind of instrument in use at the time, and therefore to be appreciated fully. The guitar of Roncalli's day had five gut-strung courses, the first often single and the fourth and fifth either octave-strung or re-entrant (only the fourth course is octave-strung on this recording). The Capricci armonici comprises nine sonate (suites), one in each of eight tuoni (modes) and one in the tuono trasportato, following the classification system in use at the time. Roncalli has, however, arranged his sonate in order of key, rather than mode, pairing one in a major key with one in the relative minor, although those in A minor and C major are separated by the pair in F major and D minor. Each suite opens with a free-style preludio and then an expositional alemanda which is developed in additional 17th-century dance movements such as the corrente, sarabanda, giga, minuet and gavotte, providing an overall sense of thematic unity.