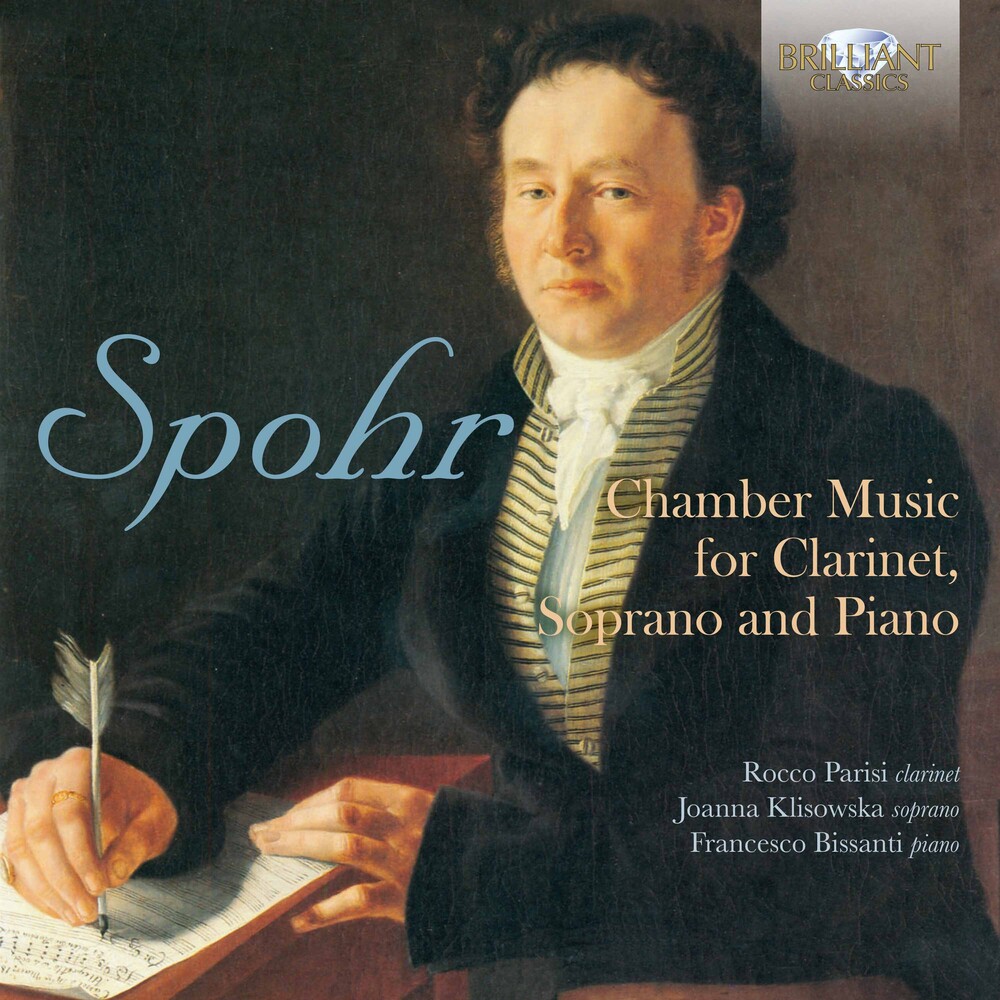 Though his star has fallen since his death in 1859, Louis Spohr was once commonly ranked alongside the greatest of his contemporaries. Like Beethoven he gained fame in Vienna and wrote prolifically in all the classical genres, but he travelled more widely, and his operas and oratorios won particular acclaim in France and England respectively. Spohr's curse and gift was fluency: whether written in serious or popular vein, his music is unfailingly mellifluous and beautifully written, falling easily on the ear while offering a satisfying challenge to it's performers. As a violinist Spohr was considered second only to his friend Paganini. His brilliant virtuoso style and great skill in phrasing effectively founded a German school of violin playing. He understood equally well how to write for soprano and for clarinet, and the centrepiece of this collection is his set of Sechs Deutsche Lieder Op.103 (1837), which follow the example of Schubert's late and sublime song Der Hirt an dem Felsen (The Shepherd on the Rock) in weaving a clarinet obbligato around the vocal line. Spohr himself had produced several previous sextets of German-language songs but in this cycle he was inspired to new expressive heights by his long friendship with the clarinetist Johann Simon Hermstedt. This fruitful partnership had also resulted in two clarinet concertos and the lighter fantasies included here: the Potpourri Op.80 based on themes by his German contemporary Peter von Winter and the less-familiar Op.21 Fantasia on themes from his own unstaged opera Alruna. Both of them are gloriously melodic as well as affording ample opportunities for brilliance. More Mozartian in it's lyricism is the Andante variation movement from his Op.34 Nottorno, originally scored for wind ensemble and arranged here for clarinet and piano.