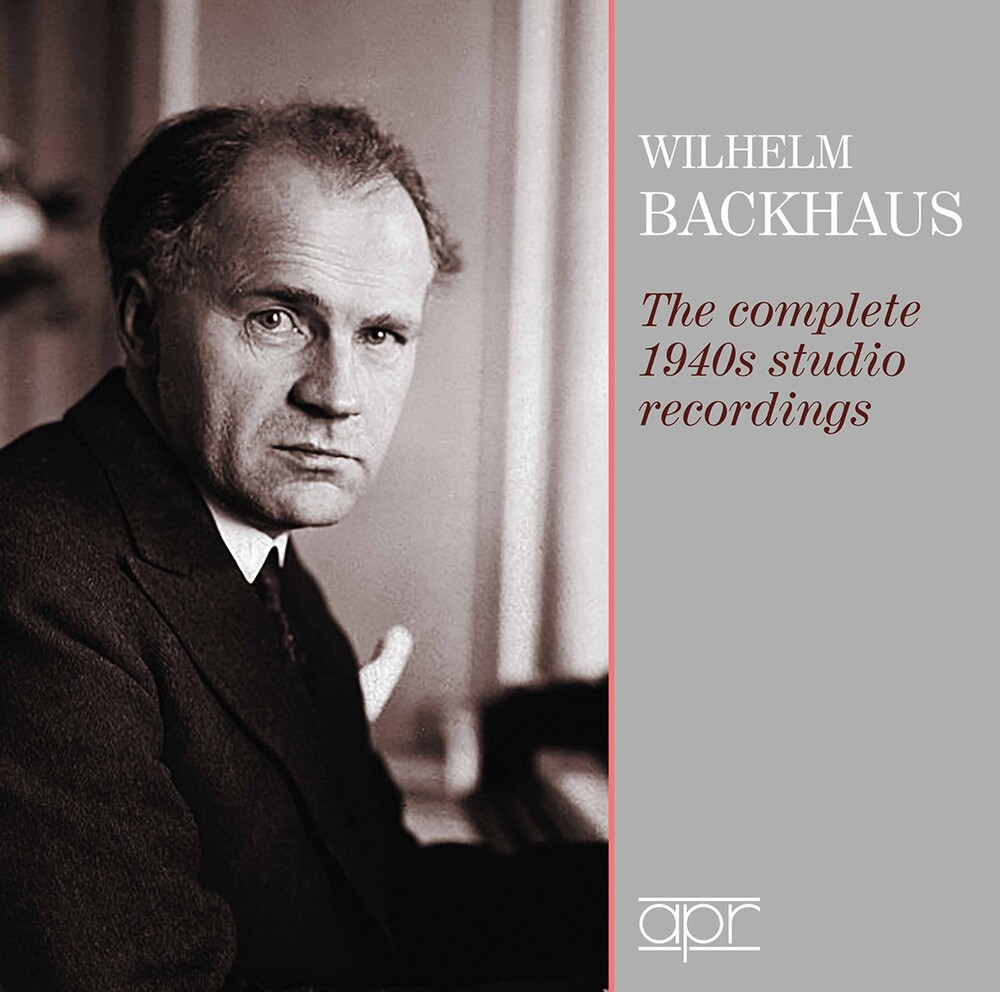 German pianist, Wilhelm Backhaus (1884-1969) left a 60-year recorded legacy which began in 1908, but a major turning point came in 1950 when he switched allegiance from HMV to Decca. His last HMV recordings, included in this set, are amongst his least known and it appears that those from his final HMV sessions in Zürich in 1948 are reissued here for the first time. Backhaus had settled in Switzerland in the 1930s and although he continued to perform in Germany during the war, he only made one commercial recording, for HMV's German affiliate Electrola. This recording, of Mozart's 'Coronation' concerto, came about because of celebrations to mark the composer's 150th anniversary and the result is particularly ebullient. Backhaus plays his own cadenzas and ornaments profusely in the slow movement, something very unusual in Mozart performance of the time. This exceptionally well-filled disc also includes full documentation explaining for the first time why Backhaus became disenchanted with HMV and left them for Decca.