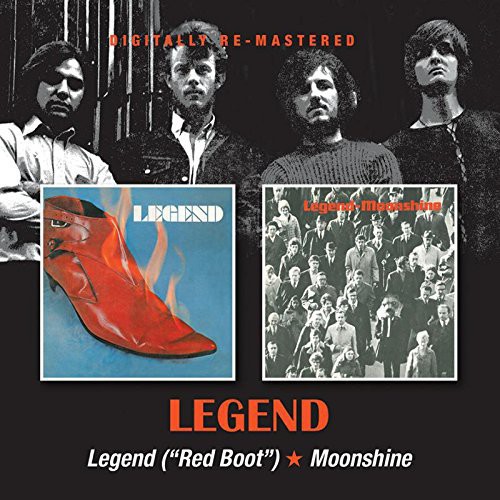 Digitally re-mastered two CD set containing a pair of albums from the British rockers. Originally from South end in the UK, these are rockers Legend's two albums for Phillips' Vertigo label dating from 1970 and 1971. The band were led by guitarist Mickey Jupp, who wrote nearly all of the material on these recordings. Tony Visconti produced the first album, and Procol Harum's Dave Knights produced the second one. Bill Fifield, the drummer, was introduced to Marc Bolan by Visconti, and (after being renamed by Bolan as Bill Legend) was a member of T. Rex throughout the early to mid-1970s Legend called it a day after MOONSHINE and Jupp went on to forge a new career as a writer and producer, working with Dr Feelgood, Robin Trower, Nick Lowe and Dave Edmunds amongst others.
Prices on WaterlooRecords.com do not reflect the prices in our retail store location.
"In Stock" on WaterlooRecords.com does not reflect 'in stock' at our retail location, however it means we have quick order fulfillment (generally 2-3 business days).
back to top