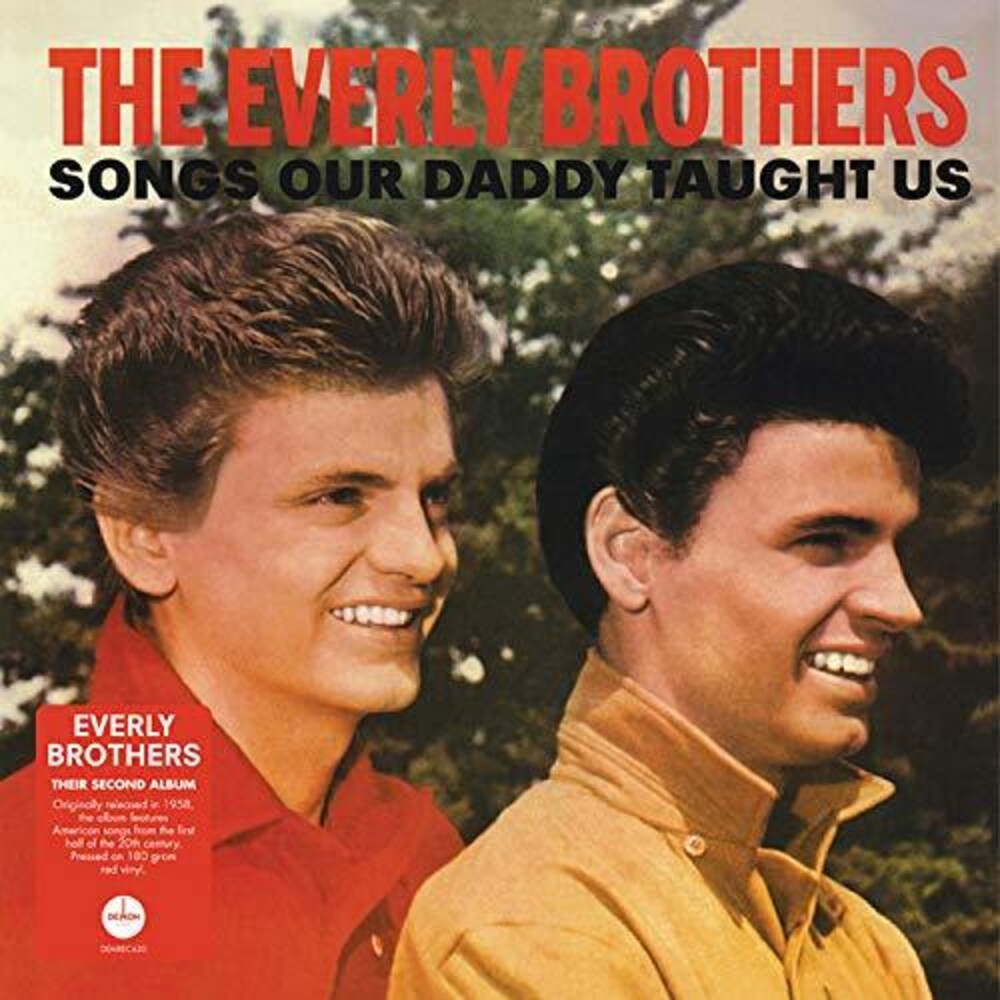 Limited 180gm red vinyl LP pressing. The blending of Don and Phil Everly's voices is truly one of the great sounds of post-war American popular music. Derived from folk and traditional styles brought to the USA via immigrant communities, their seamless vocal harmonies had it's precursors in mid-twentieth century duo/family country music acts such as the Louvin Brothers, Delmore Brothers and many others. The Everlys, however, were able to bring the fraternal harmony approach into the mainstream pop market of the late 1950s by dint of their youth, good looks, and that other, far more elusive quality - timing. Recorded for the cadence label in Nashville in 1958, their second album Songs Our Daddy Taught Us could be termed an early concept album. The twelve songs (none of which were hits) were old school country - as the title says, songs known to Don and Phil's father - which celebrated the timeless quality of the music in an era when such celebrations might have been regarded as a retrograde step. It also anticipates the US folk revival that was soon to come. Don Everly explained why they chose to record the album: "I knew we would be leaving Cadence, and I wanted the last album to be something musically that I loved, but I didn't want them to have any possible singles which they would have kept releasing (to) interfere with our career. I suggested Songs Our Daddy Taught Us, and everyone went for it. It touched what folk music ought to be - country folk music, songs people would sing sitting on the porch. It's got class and it ages really well."