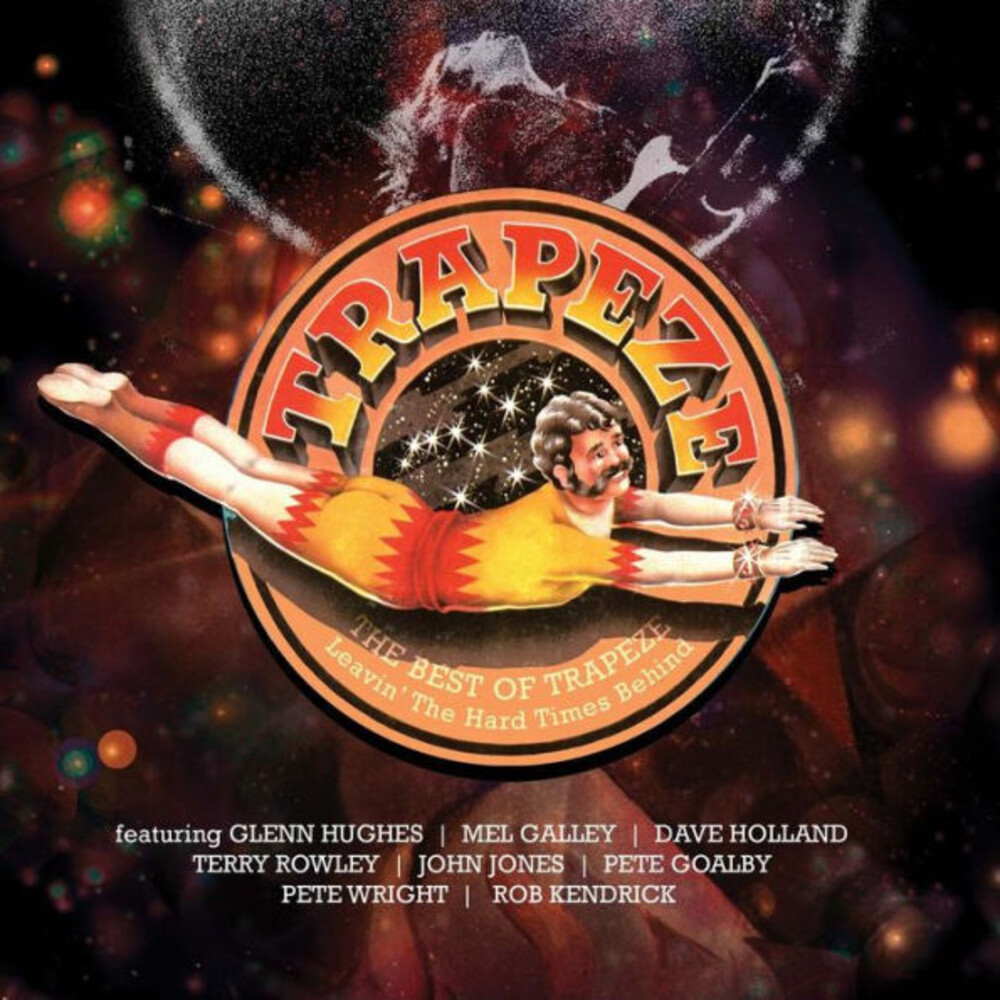 Sown from the seeds of two midlands bands, Finders Keepers, featuring Mel Galley (guitar/vocals), Dave Holland (drums) and Glenn Hughes (bass/vocals), plus the Montanas' John Jones (vocals/trumpet) and Terry Rowley (keyboards/guitar/flute), Trapeze were discovered by 60s beat supremos The Moody Blues, and snapped up for their own label, Threshold Records. Trapeze would record three albums for Threshold. Produced by The Moody Blues' John Lodge at Morgan Studios and Decca Studios in London, their debut LP was released in May 1970, from which 'Send Me No More Letters', 'Suicide', 'Nancy Gray' and 'Another Day' are taken. Scaling down to the classic power trio of Hughes/Galley/Holland, Trapeze released "Medusa" in November 1970. A true classic, "Medusa" featured 'Your Love Is Alright', 'Black Cloud', 'Medusa' and 'Way Back To The Bone'. The Moody Blues took Trapeze to the States as their opening act, where they built a large and loyal following, particularly in Texas. Released in 1972, and featuring 'Coast To Coast', 'Will Our Love End' and 'You Are The Music', their 3rd LP, "You Are The Music... We're Just The Band", cemented their reputation for classic but soulful hard rock. So much so that bass guitarist and lead singer Glenn Hughes was invited to replace Roger Glover in Deep Purple the following year, making his debut with the band on Deep Purple's 1974 classic "Burn". As well as the previously unreleased concert recording from 1977, this set also includes liner notes from Classic Rock's Malcolm Dome, based on new interviews with Glenn Hughes and Pete Goalby.
Prices on WaterlooRecords.com do not reflect the prices in our retail store location.
"In Stock" on WaterlooRecords.com does not reflect 'in stock' at our retail location, however it means we have quick order fulfillment (generally 2-3 business days).
back to top