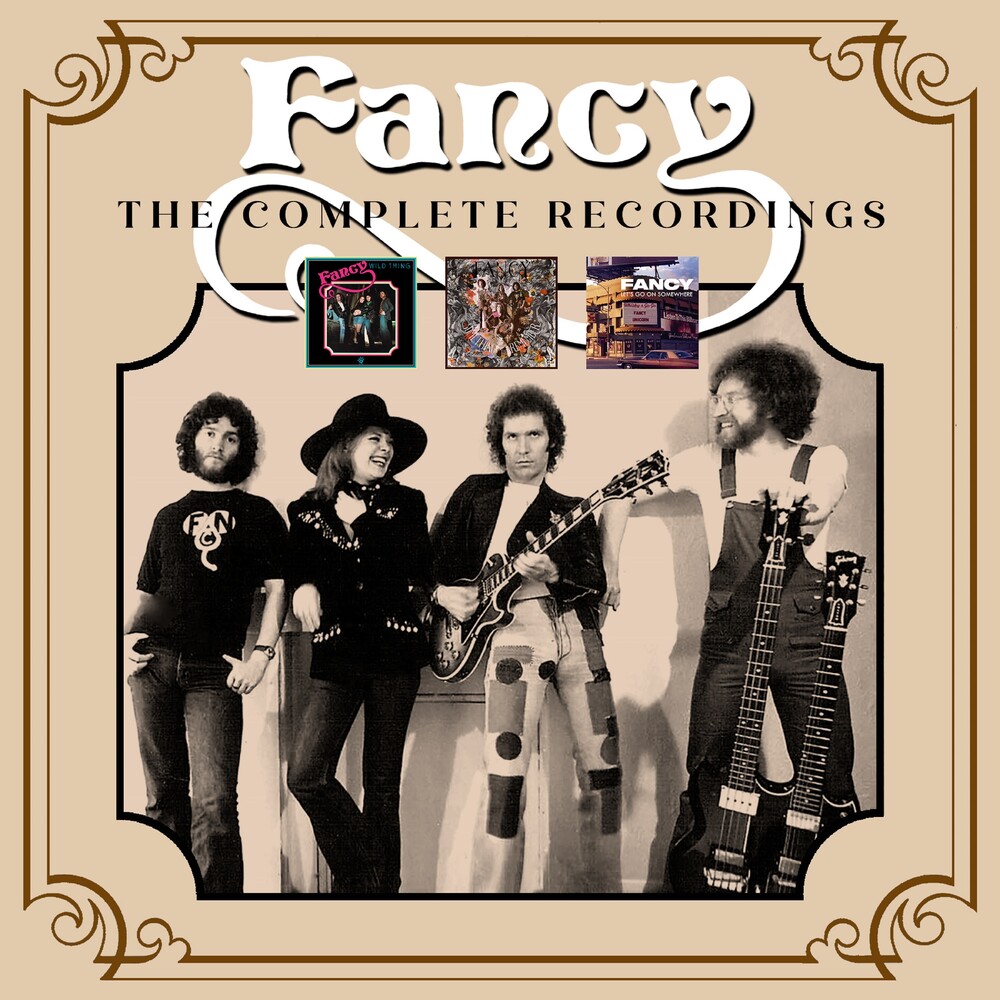 In 1973, Fancy came together around producer Mike Hurst - alongside guitarist Ray Fenwick and bassist Mo Foster - to record a glam rock cover version of The Troggs' hit 'Wild Thing'. Issued on Atlantic, the single was a U.S. hit, peaking at #14 on the Billboard Hot 100 (it also reached #31 in Australia). Prompted by the success, a touring band was assembled with new singer Annie Kavanagh. And an album, Wild Thing, yielded a second American hit, 'Touch Me'.In summer 1974, Fancy signed to Arista, and embarked on a U.S. tour, supporting Kiss, Wishbone Ash and Steppenwolf (in early 1975, they also supported 10cc at the Hammersmith Odeon). The new deal led to a second album Something To Remember (re-titled Turns You On in the States), promoted by two singles, 'She's Ridin' The Rock Machine' and a cover of Steve Wonder's 'I Was Made To Love Her'. In late 1975, Fancy bowed out with a non-album single, 'Music Maker'.With input from original band members, this welcome triple-CD set offers up all of Fancy's studio recordings - both albums plus non-LP tracks - plus a previously unheard live recording from legendary jazz club Ronnie Scott's. As a bonus, Disc 3 closes with a fascinating US radio interview. Also included are two brand new tracks, Ray Fenwick's 'Sidewinder' and Mo Foster's 'Driving Home'.