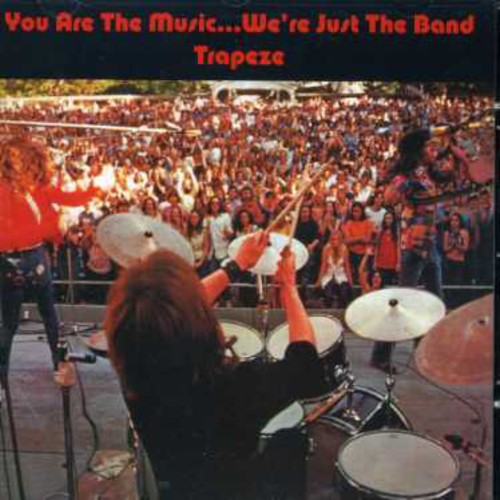 From Wolverhampton, Trapeze formed in 1968 and were one of several acts signed to Moody Blues label Threshold Records. Originally a five piece, after the release of their eponymous first album John Jones (vocal) and Terry Rowley (guitar) were dropped from the line up, leaving Glen Hughes (vocals and bass - who went on to join Deep Purple as a replacement for Roger Glover in late 1973.), Dave Holland (drums, percussion) and Mel Galley (guitar). It was this new line up that went on to record "You Are the Music... We're Just the Band" in 1972, Trapeze's third album. This is classic 70's funk rock at it's best. With original artwork and photos by Fin Costello this is a must for all rock and Deep Purple fans!
Prices on WaterlooRecords.com do not reflect the prices in our retail store location.
"In Stock" on WaterlooRecords.com does not reflect 'in stock' at our retail location, however it means we have quick order fulfillment (generally 2-3 business days).
back to top