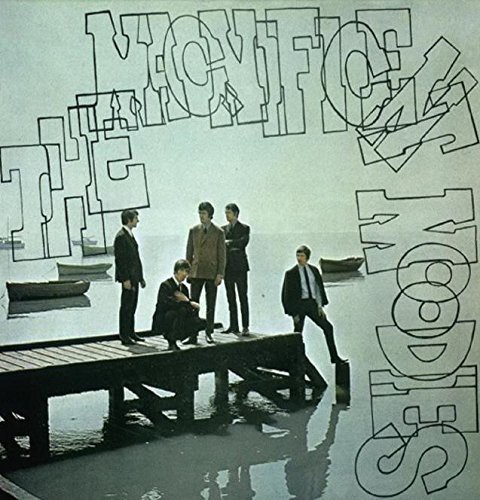 Digitally re-mastered and expanded 50th Anniversary edition of the 1965 debut album from the Birmingham-based band including bonus tracks. Now associated as being pioneers of progressive orchestral rock, The Moody Blues had another life between 1964 - 1966, as one of Britain's finest Rhythm & Blues influenced acts. With a line-up of Denny Laine (guitar, vocals, harmonica), Ray Thomas (vocals, harmonica, flute), Mike Pinder (keyboards, vocals), Clint Warwick (bass, vocals) and Graeme Edge (drums), the band signed to a London based management company who leased recordings to Decca Records. Their second single, a cover version of Bessie Banks' 'Go Now!' was a huge chart success across the world. Their debut album, THE MAGNIFICENT MOODIES was released in 1965 to great acclaim and tours with the Beatles eventually led them to become part of Brian Epstein's management stable. The band continued to record a series of singles, enjoying further chart hits in the UK and Europe, before Clint Warwick departed and then finally dissolving in the Autumn of 1966 and reinventing themselves stylistically with a new line-up featuring Justin Hayward and John Lodge.