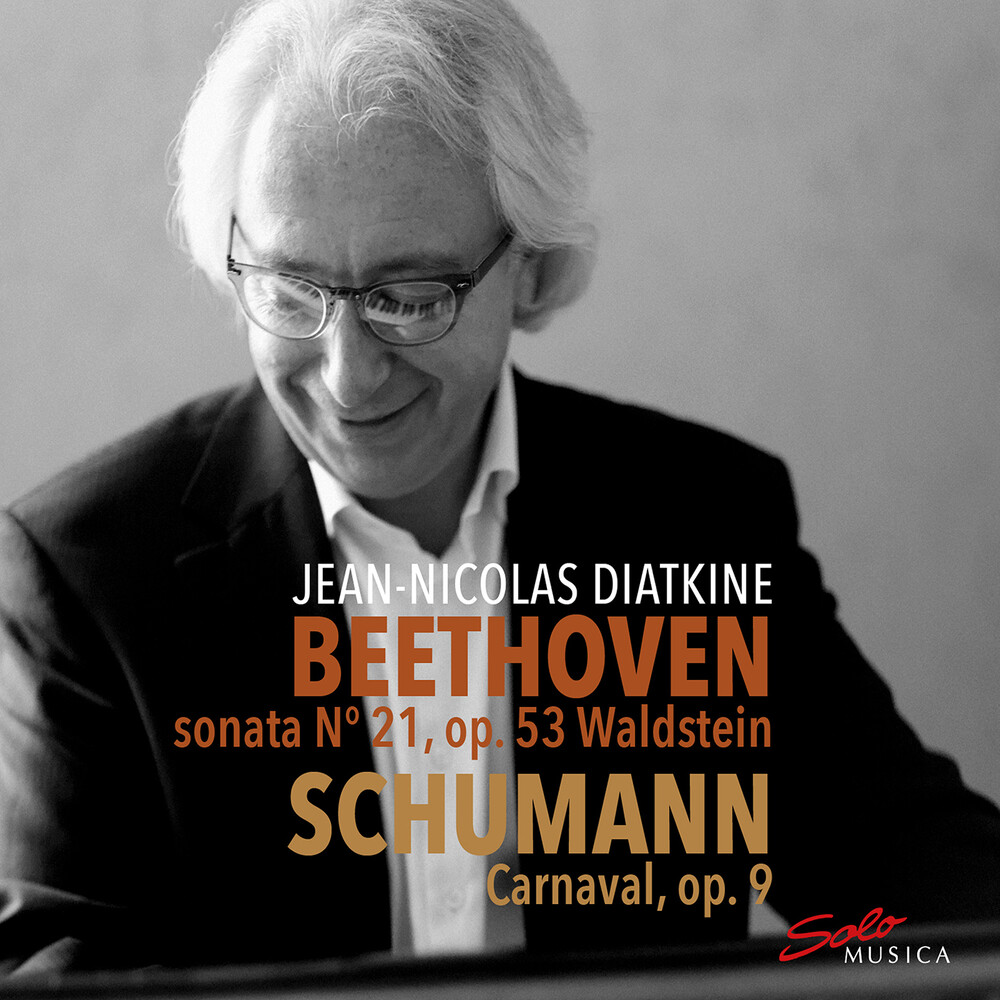 At the time he composed this sonata, Beethoven was already struggling intensely against the handicap of his deafness. After his attack of deep despondency, accompanied by the suicidal thoughts to which the famous "Heiligenstadt Testament" bears witness, his extraordinary vitality regained the upper hand. He then declared to one of his pupils: "I am not satisfied yet with my works; I wish to take a new path." This renewed energy led first to his Sonata op. 53, dedicated to Count Ferdinand von Waldstein, then to the "Eroica" Symphony op. 55 and the "Appassionata" Sonata op. 57. "Fantastic costumes", Verlaine would have said. At a point where tears are never far from laughter, Schumann masks himself and by that very act, unmasks himself. The work is mischievously subtitled "ScĂšnes mignonnes sur quatre notes" (delightful scenes on four notes). This is a reference to the four letters A S C H, which make up the name of the birthplace (Asch) of Ernestine von Fricken, his sweetheart of the moment. In German notation, these letters correspond to A flat, C and B (As-C-H), or to A, E flat, C and B (A-Es-C-H). This set of letter-notes can in fact be found in disguise in all the pieces, at the very heart of the musical text, except in "Sphinxes", where Schumann declares them openly, three times. Jean-Nicolas Diatkine comes from a family of recognized doctors and considers commitment to others to be the basis of his profession. It seemed impossible for him to do without this basic attitude in the exercise of his profession, which is why he always sees his artistic development as a return to the essential artistic values to which he has devoted himself over the last thirty years.