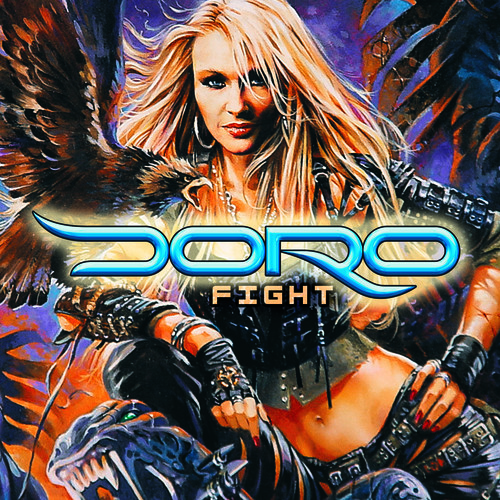 Metal-Queen DORO Pesch will release another gem of her successful career on February 22, 2019: Her eighth solo album "Fight", which was initially released in August 2002. The twelve original songs are featured on a reissue in limited gatefold coloured LP on vinyl as well as digipak which features 5 bonus tracks.DORO and boxing fans will remember the title track "Fight", which became the warm-up anthem of Doro's friend, multiple world champion Regina Halmich. Furthermore there is "Descent", a song with the unforgotten Peter Steele (Type O Negative) and the beautiful German ballad "Hoffnung". Not to forget: "Always Live To Win" - a hit that reflects not only the philosophy of life of the singer, but can be found on almost each setlist on DORO tours to this day.Besides Peter Steele the album features the following guest musicians: Russ Ballard, Jean Beauvoir, Andreas Bruhn, Chris Caffery and Jürgen Engler.