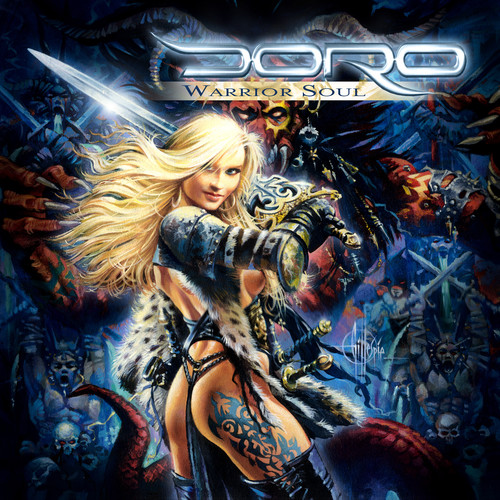 Double colored vinyl LP pressing in gatefold sleeve. 2006 release from the German queen of metal. Warrior Soul is the tenth studio album of the German female hard rock singer Doro Pesch. The recording of the album took a prolonged time, due to singer Doro Pesch filming the movie Anuk - Der Weg des Kriegers, starring as Meha. The film was shot in Switzerland in 2005 and directed by Luke Gasser. The song "Warrior Soul" is included in the movie soundtrack and Gasser is credited as co-producer of the album, which was partially recorded in Switzerland with session musicians. The album reached #27 on the German Longplay chart.